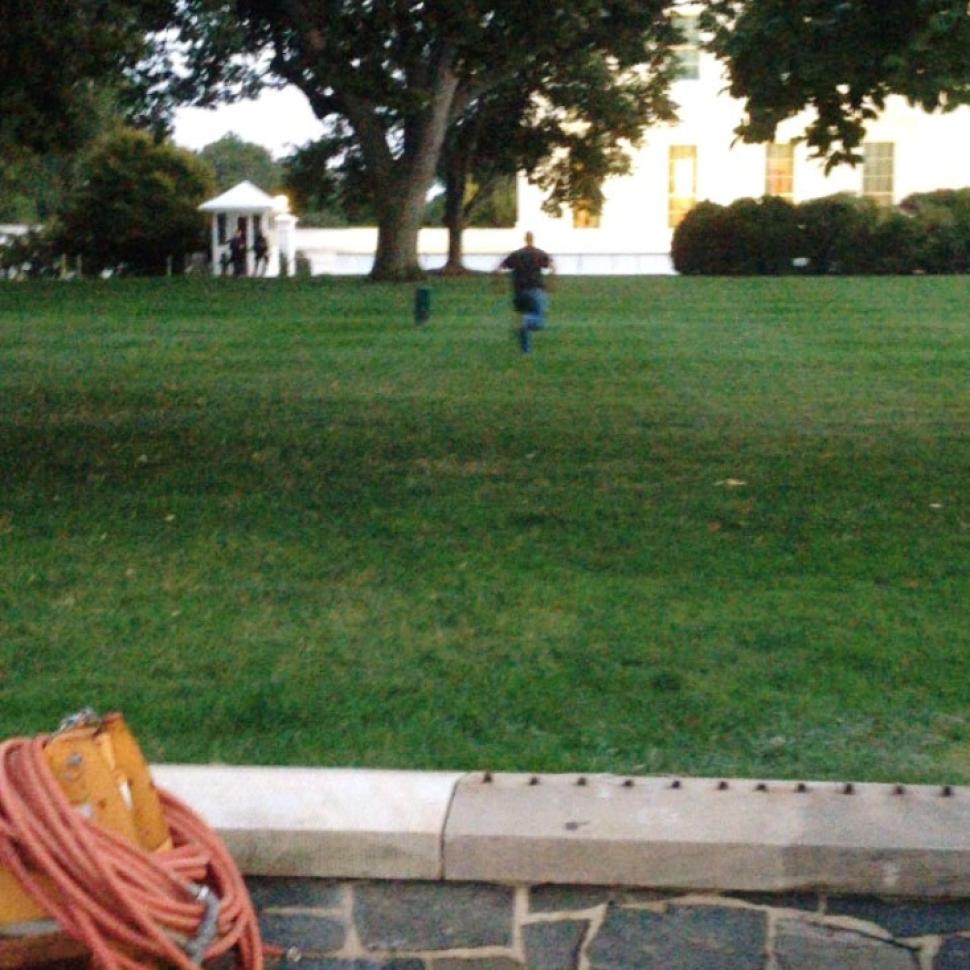 One day after the much criticized secret service fail, when a man managed to jump the White House fence and dash all the way to the front door carrying a knife, Secret Services found themselves forced to arrest another man refusing to leave the White House gates. Initially, the man had approached the White House on foot Saturday, only to return in his car and drive up to an entrance gate.

After Omar Gonzalez, 42, managed to scale the White House fence, Secret Services ordered that its internal security procedures be revised. It had also ordered guards to be on high alert at 1600 Pennsylvania Ave., just as a second man decided to walk over to the White House trying to gain entry. When guards dismissed him, the man left to get his car and drove to another entrance gate. When he adamantly refused to leave, the guards had no other choice but to arrest him.

A bomb squad was also called in to inspect the man’s vehicle, briefly closing surrounding streets.

President Obama and his family weren’t at home when both incidents occurred, as they had left for Camp David on Friday.

Gonzales, who had a 3 ½ inch serrated knife with him at the moment of the security breach, claimed to be an Iraq vet. He burst across the White House lawn at around 7:20 PM and reached the North Portico doors. The VG-10 folded Spyderco knife was found when Secret Services searched Gonzales.

In a criminal complaint, Gonzales told police officers that he felt everything collapsing and just wanted to warn President Obama so that he, in turn, could get the word out.

According to neighbors, Gonzales is in ex-military who, over the last weeks, has become increasingly paranoid. Because he was believed to have been unarmed, sharpshooters on the White House roof didn’t release fire as he was running towards the presidential residence.