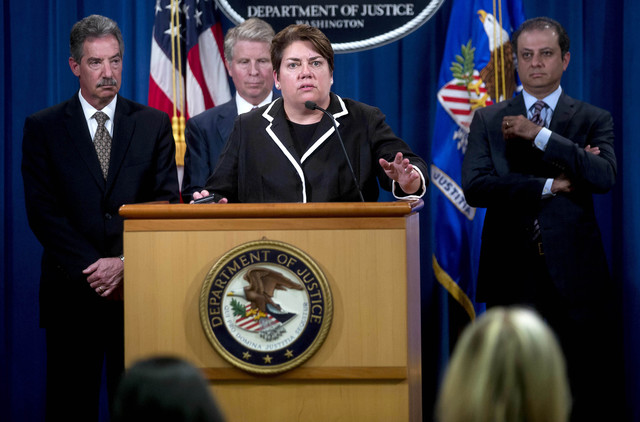 The authorities once again discovered that rules made before the internet may not be efficient once trading relations move online. Cybercriminals can be located all over the world and digitally steal money almost effortless and without being at risk of being caught. As the problem grows bigger, the U.S. officials are planning to devise a more efficient method to tackle the problem.

One reason why people from other countries manage to perform the criminal acts and get away with is represented by the current weak law. Even if some cases have been brought to U.S. courts, a legislative change will increase the number of effective arrests.

Leslie Caldwell is the new head of the Criminal Division from the Justice Department. She worked for 10 years in private practice and helped the government prosecute Enron.

‘‘It’s a very simple fix, and it makes perfect sense to fix it,’’ Assistant Attorney General Leslie Caldwell, the Justice Department’s criminal division chief, said in an interview. ‘‘This is a huge law enforcement issue when it’s our financial institutions and our citizens’ credit card data that’s being stolen . . . by overseas people who never set foot in the United States.’’

The criminals or the criminal groups can steal credit card data and sell it on other markets online, thus not passing the business through the country and avoiding the U.S. legislation.

Caldwell explains that such transactions take place on Internet forums hosted in other countries where sellers and buyers meet and transact the data in foreign languages. Afterward, the credit card data is used whether to withdraw money from an ATM, or buy goods and gift cards.

Many hackers are based in Eastern Europe and Russia. While a Russian hacker has been charged with numerous accusations in July, the man has not been detained so far by authorities.

Another point on Caldwell’s agenda is the new strategy regarding the corporations who break the law. She believes that by focusing on the prosecution of individuals more than on that of corporations, can send a strong message to the public, as well as provide the best outcome.

The new message comes after calls to prosecute individual bankers have not been met with the expected results. In fact, after the harsh economic crisis, there is still no incentive for the people in the financial world to abandon illegal practices.