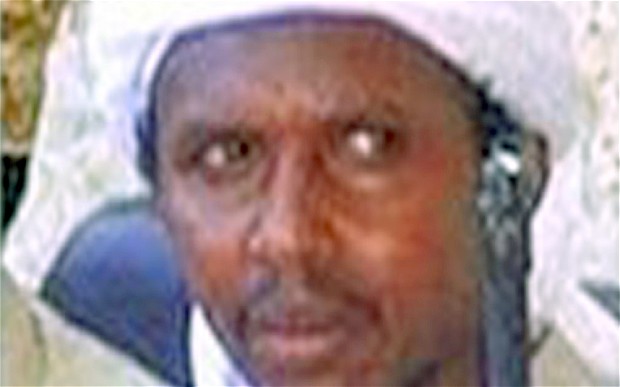 According to the Pentagon, U.S. military forces attacked the Islamic extremist al-Shabaab network in an operation in Somalia on Monday. This action was meant to capture the leader of the militant group,Ahmed Abdi Godane, 37.

The al-Qaeda-linked group controls many areas of southern and central Somalia. According to an US official, “a senior al-Shabab operative” had been targeted but he did not name him.

In other words it’s not known yet whether the strike was as successful as authorities had expected. If the reports of Godane’s death prove to be true, it will be a bitter blow for the Somali terrorists, for whom Godane has been their long-term leader.

“We are assessing the results of the operation and will provide additional information as and when appropriate,” Pentagon spokesman John F Kirby said in a statement.

However, a senior Somali intelligence official said that a U.S. drone targeted al-Shabaab leader Ahmed Abdi Godane as he left a reunion of the group’s top leaders. Godane, also known as Mukhtar Abu Zubeyr, is the group’s spiritual leader. He’s also behind an alliance that al-Shabaab network had supposedly made with al Qaeda.

The official also said the attack took place in a forest near tha Sablale district, 105 miles south of Mogadishu, where al-Shabaab trains its fighters. The probability of Godane’s death is rather high.

Prior to the attack, Godane promised more violence if Kenya refused to withdraw its forces from neighbouring Somalia, where they have been fighting al-Shabaab in its southern heartlands. “You cannot withstand a war of attrition inside your own country,” he said in an audio message posted on a website linked to al-Shabaab. “So withdraw all your forces, or be prepared for an abundance of blood that will be spilt in your country.”

The group hopes to turn Somalia into a fundamentalist Islamic state and has launched attacks in other countries as well. It claimed responsibility for the siege of the Westgate mall in Nairobi last September 21 that killed at least 67 people. The Obama administration has targeted Al-Shabaab leaders in Somalia at least twice in the past year, including an airstrike in January, and a vehicle carrying senior members of the group was hit last October in an American strike that killed al-Shabaab’s top explosives expert.

This latest US action comes after Somalia’s government forces regained control of a high-security prison in the capital that was attacked on Sunday by seven armed suspected Islamic militants who attempted to free other extremists held there.