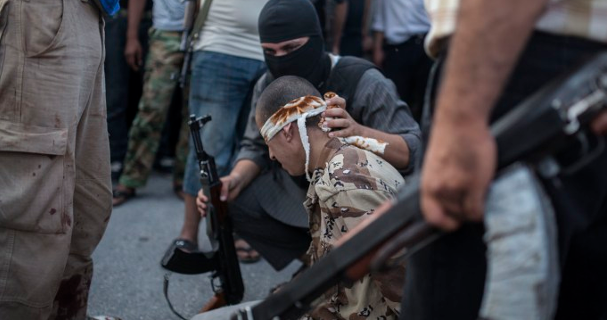 During a television interview broadcast on Sunday, the United States President talked about the Islamic State and the threat they pose. According to President Obama, the terrorist group’s activity inside Syria was underestimated by U.S. intelligence agencies. It seems that Syria has now become “ground zero” for jihadist fighters worldwide.

These remarks were just some of President Obama’s ideas, which he revealed during a “60 Minutes” interview that was broadcasted on CBS. The president filmed this interview on Friday, just days after delivering his speech in front of the United Nations General Assembly.

Mr. Obama cited comments that James Clapper, director of national intelligence, had made earlier. Both men believe that initial reports of what was going on in Syria had significantly underestimated what had truly been taking place in Syria. The president explained that countless Islamic militants went underground after United States Marines, in collaboration with Iraq’s tribes, crushed al-Quaeda in Iraq.

“But over the past couple of years, during the chaos of the Syrian civil war, where essentially you have huge swaths of the country that are completely ungoverned, they were able to reconstitute themselves and take advantage of that chaos.[…] And so this became ground zero for jihadists around the world”

the president said during the 60 minute interview.

In light of this new information, president Obama decided to expand the military mission which the United States began this August in Iraq. Airstrikes led by the U.S. were moved to Syria, as the president attempted to form a strong coalition to ensure the weakening of ISIS.

Neither the President nor Clapper could foresee the collapse of the Iraqi security force, Clapper told reporters during an interview earlier this month.

“I didn’t see that. It boils down to predicting the will to fight, which is an imponderable.”

In the same 60 minute interview, President Obama reminded Americans that the ultimate goal against the Islamic State was to annihilate the group completely. This will require military interventions to push militants back, to shrink their space, to stop the inflow of weapons and prevent financial support, as well as preventing the flow of foreign fighters.

However, the U.S. President explained that while these secondary goals may be achievable, there is an essential diplomatic element without which true peace can’t be agreed upon. According to him, the political solution is a necessity in both countries where the Islamic State has killed, beheaded and instilled terror in the hearts of citizens.