You are here: Home / Technology / iPhone 6, iPhone 6 Plus Available Around the World, Traditional Queues Form 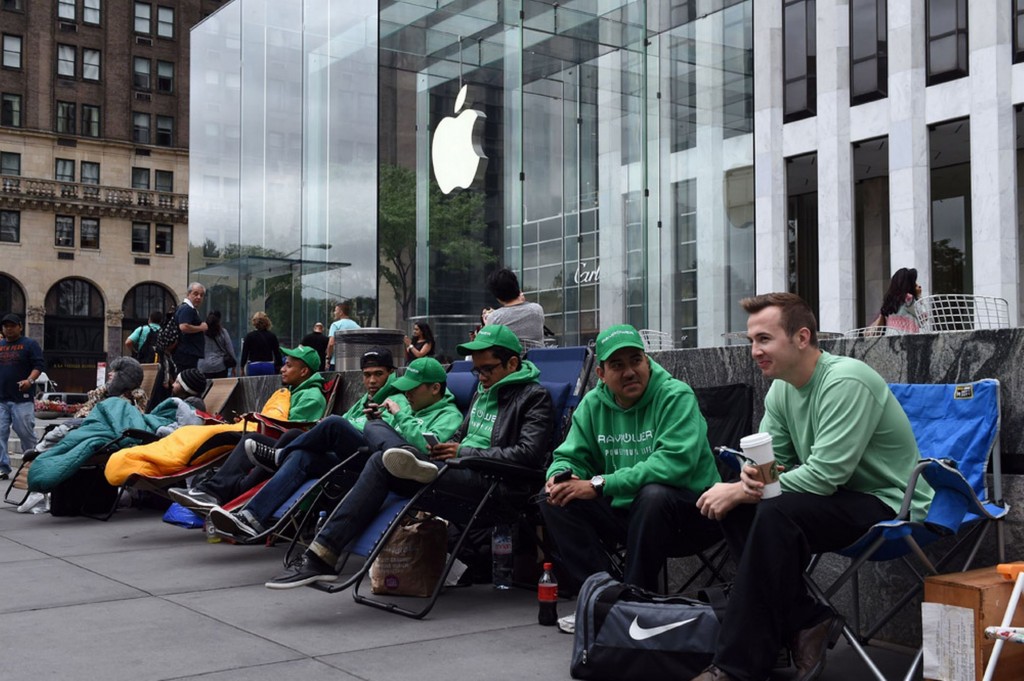 Forming lines outside Apple stores each fall became a tradition. Today the iPhone 6 was finally available to the public. Thousands of people formed queues around the world to be among the first people to get their hands on the latest Apple products.

Both iPhone 6 and iPhone 6 Plus are available in Australia, Hong Kong, Singapore, Japan, France, Germany, Puerto Rico, Canada and the U.S. For Apple, the release is highly important for two important reasons. One is that iPhone revenues account for more than half of Apple’s total revenue – around $171 billion, in a time when the iPad is not doing too well. Tablet sales have decreased for all manufacturers, not only for Apple, as the tablet market is saturated.

Secondly, this is the first major iPhone change in size. While Android smartphones passed the 5 inch display milestone a couple of years ago, Apple’s strategy was to stubbornly maintain a lower display dimension. Even so, the 4.7 inches iPhone 6 is larger than many Android smartphones with the same display dimension. Apple gave up its smaller display strategy as user demand for larger screens had to be satisfied.

The change in Apple’s strategy seems to have been wise from a financial perspective. The iPhone 6 sales are expected to break new records in the first couple of days. The preorders placed online a couple of days ago announced a huge wave of excitement over the product. However, Apple launches two distinct devices this fall, the 4.7 inches iPhone 6 and the 5.5 inches iPhone 6 Plus. Besides the difference in screen resolution, 1334 × 750 for the 4.7 inches model versus 1920 × 1080 for the Plus model, the two devices are quite similar in hardware and software terms. The iPhone 6 Plus has one advantage over its smaller brother, the optical image stabilization feature.

Apparently the first iPhone 6 was sold to an American who traveled to Australia to pick his order. Before picking his handset in Sidney, David Rahimi placed a preorder in California. The new device’s charm is so powerful that the first person to buy it in Perth, Australia, dropped it in front of reporters just as he was unpacking it.

The race to get the first iPhones is a lucrative business for people who decided to stay in queues just to sell their spot for up to $2.500 in New York.