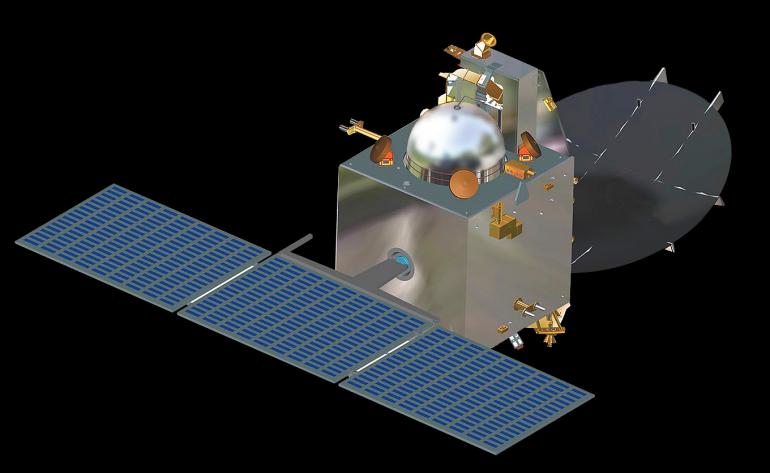 India successfully placed a satellite on the red planet’s orbit on Wednesday morning. The Southern Asian state raises the bar in interplanetary missions for all other space explorers. Mangalyaan, India’s space probe now revolving around Mars, had a total cost of just $74 million, 11 percent of MAVEN’s cost, the satellite operated by NASA. The Indian satellite was launched on November 5, 2013 from Shriharikota spaceport.

Even though onboard instruments for chemical analysis and various sensors usually consume a large part of a space mission’s budget, launching and guiding the spacecraft to another celestial body is a pricy endeavor. MAVEN, the Martian satellite sent by NASA, cost the US government a total of $671 million.

India now joins a select club of several governments who managed to successfully sent a spacecraft to Mars. Other satellites launched by the US, Europe and Russia orbit Mars at the moment.

NASA’s probe MAVEN reached Mars just two days ago. MAVEN will orbit Mars for at least one year and will provide crucial information that will help scientists solve one of the biggest Martian mysteries. The previous missions proved that water was once present on the planet’s surface. Chemical and topographical analyses provided irrefutable proof.

However, scientists are unable to explain what happened to the planet’s rivers and oceans. One theory is that water sunk, while another says that water evaporated. MAVEN will analyze the upper atmospheric layer for traces of water.

The Indian Space Research Organization said that Mangalyaan, also known as Mars Orbiter Mission, will circle Mars for half a year, until its fuel runs out. India’s Mangalyaan will search for methane gas, an indicator of an environment hospitable for life. The presence of methane could determine space agencies to send a rover with powerful drilling capacity.

There are a number of reasons why India decided to take the next step in space exploration. The Asian state is not at its first attempt. India launched its first satellite in 1975 and in 2009 explored the Moon through an unmanned mission.

Most importantly, the $74 million Mangalyaan satellite will send a strong message about the Indian economy – Indians can produce low-cost high-tech products. The Indian Prime Minister, Narendra Modi, who was present at the Bangalore mission control center, proudly announced that India managed to achieve the ‘near impossible’. Modi was elected in May and promised to revive the Indian economy. The scientific success may boost his chances of attracting foreign investment.