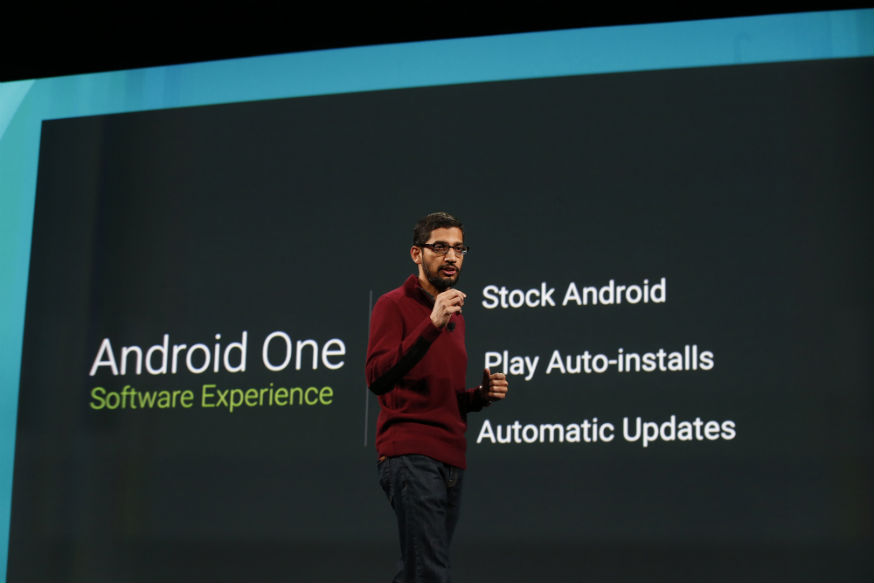 Sundar Pitchai made one important announcement at Google I/O in June regarding a new Android line. Google plans to take over the emerging markets with Android ONE, a specific design for low-cost smartphones. ONE will be similar to Nexus – it will run the latest Android version and Google will provide any updates directly.

Google plays its cards very well here. Pitchai clearly stated Google’s interest in this matter from the start: they want to take over the next billion users. By having access to these new cheap devices, Indian people who will own their first smartphone will always feel at home on the Internet while using Google’s products and services. Android ONE is initially launched in India, but Google plans to expand the offer to Indonesia and other South-East Asian countries soon thereafter. At the moment only around 10 percent of Indians own a smartphone, so an Android ONE device will be the first smartphone and internet device to many.

The new smartphones will be priced at around $100. The sum is much more affordable for low wage Indian workers. But Google claims that a lower price will mean lower hardware quality. In fact, the new Android ONE smartphones will support Android L, so Google works closely with Micromax, Karbonn and Spice to produce hardware fully compatible with Android. Moreover, the cheap smartphones will be among the first to receive Android L, as well as the future Android versions.

Micromax released the Canvas A1 smartphone, exclusively available on Amazon. The handset has a 4.5 inches display with a 480 X 854 resolution. Under the hood you will find a 1.3 Quad Core MediaTek MT6582 processor paired with 1 GB of RAM. The smartphone has a MicroSD slot, a crucial selling point for emerging markets. The smartphone is equipped with a 5 MP rear camera supported by a LED flash, as well as with a front 2 MP selfie camera. The OS is naturally, Android KitKat 4.4.4. The battery is rather weak, offering only 6 hours of talk time.

Soon, Indians will have access to other smartphones sold under the Android ONE line. The head of Google said they are currently working with Acer, HTC and Panasonic.

“When (handset companies) look to make a phone, they will get a menu. They can put together a device in a much quicker fashion, knowing we’ve already tested the software,” Sundar Pitchai said during the launching event in New Delhi.