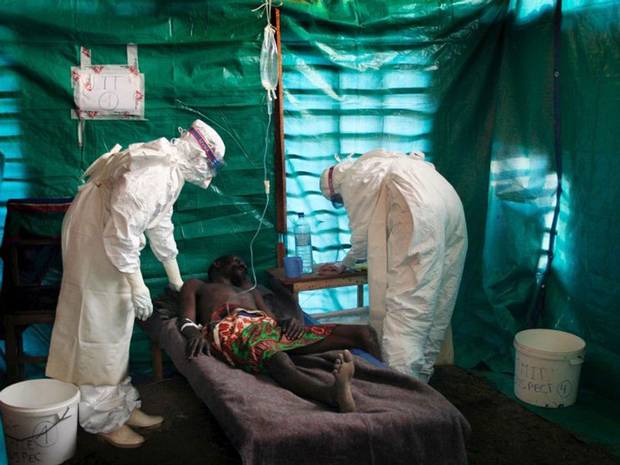 One of the West African countries dealing with the Ebola outbreak has urged the World Health Organization to provide funds that would ensure the evacuation of the doctor infected with the deadly hemorrhagic fever virus.

Among the doctors working in Sierra Leone, Dr. Olivet Buck is the fourth to become ill with Ebola. The vast majority of the diagnosed cases of Ebola were located in Sierra Leone, Liberia and Guinea, where a total of over 2,400 deaths were recorded until now according to official World Health Organization reports.

Olivet Buck is a Sierra Leone citizen and his government has requested that he be evacuated and treated abroad. If this were to happen, Buck would be the first African doctor to receive treatment for the illness outside his country. Three doctors who have also been infected with the illness have already died.

President Ernest Bai Koroma has written a letter approving the evacuation of Doctor Buck to a hospital in Hamburg, Germany, where doctors are prepared to receive her. This letter was sent out to the World Health Organization country representative on Friday, after which the Associated Press also received a copy.

Dr. Buck tested positive for the deadly virus on Tuesday, the letter wrote, and is currently in a bad condition.

However, the WHO couldn’t comply with the request of evacuating Dr. Buck. In an emailed statement, they explained that the: “WHO is unable to organize evacuation of this doctor to (Germany) but is exploring all options on how to ensure best care.”

Tarik Jasarevic, WHO spokesman, stated that the agency would facilitate the best possible medical care for the ill doctor. He added that experimental drugs will be provided but that an evacuation is currently not an option.

Experimental treatments have been attempted in the cases of several patients, and results were mixed.

Ebola is transmitted through direct contact with either bodily fluids of contagious people or from the bodies of Ebola victims. As such, health personnel is at an extreme risk of contracting the disease, especially since they are responding to an extreme outbreak.

Until now, 135 health workers have lost their lives to the Ebola virus.

Extreme shortages of doctors and nurses are experienced all over West Africa where countries like Guinea and Sierra Leone have to deal with the outbreak with very little resources.