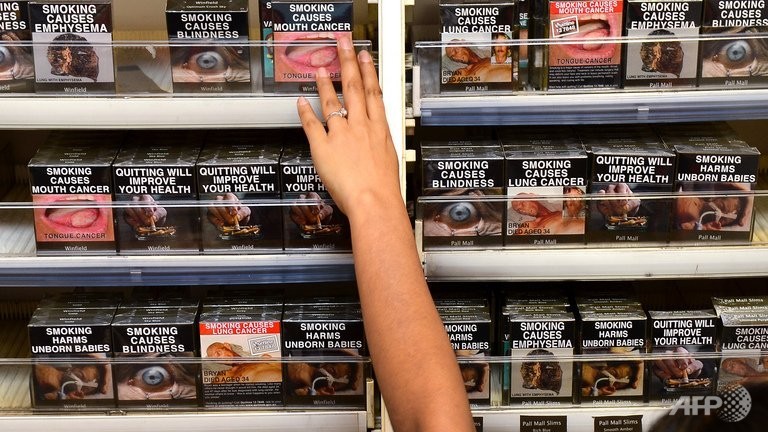 The French government will impose strong anti-smoking measures. In an effort to curb smoking rates, French authorities decided to drastically limit the cigarette packaging options. Secondly, the use of e-cigarettes will be banned in closed public spaces and public transport.

“In France, 13 million adults smoke on a daily basis. And the situation is getting worse. The number of smokers is growing, especially among young people,” said Health Minister Marisol Touraine. “We can’t accept that tobacco kills 73,000 people every year in our country – the equivalent of a plane crash every day with 200 people on board.”

The health minister is especially concerned about teen smoking. France is a European leader in under-16 smoking rates. The minister hopes that the rates will decrease after smoking will be banned on playgrounds and in cars with children under 12 as passengers.

Australia adopted a similar series of measures aimed at reducing smoking rates by altering the cigarette pack design. In 2012, Australia imposed plain packaging and the results have been promising, as more people announced they intend to quit smoking.

Now France will impose the same principle. Cigarette packs will only be available in the same shape, size and color. Regulators believe that a plain pack will be far less attractive to teens and preteens. Brands will stay on the packs, but on small surfaces and always in the same position. Australian rules have not been this friendly to the tobacco industry.

With drastically limited personalization options, the cigarette pack easily loses glamour. France has a renowned café culture and smoking has long been one of its core elements. But the government is ready to change the landscape, as the rate of tobacco-related diseases increases.

Health Minister Touraine plans to have the first generation of non-smokers in 20 years from now. She is decided to impose strict rules to achieve this objective, even if the tobacco industry constantly opposes them.

The use of e-cigarettes will be strongly regulated as well, as the authorities consider them a gateway to cigarette smoking. Even so, the Health Minister acknowledged that vaping is less harmful than smoking. Almost one fifth of the whole French population tried vaping. The government will first ban vaping indoors, especially in schools and public transport. Secondly, e-cigarettes advertising will be limited and completely banned by 2016.

Anti-smoking advocates welcome the governmental plan, while the tobacco industry considers that the measures are ‘absurd’.