You are here: Home / Uncategorized / Families of Beheaded Reporters “Threatened” by U.S. Government 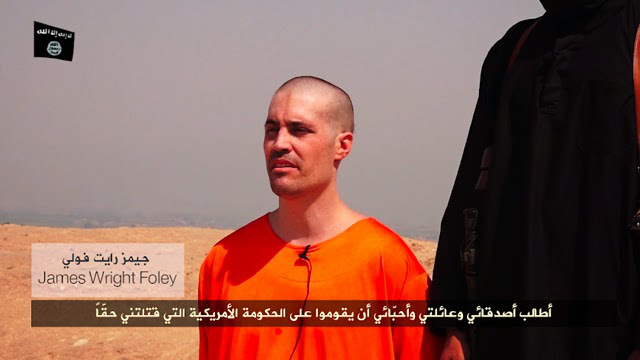 The families of the two American journalists that were beheaded by Islamic State extremists in Iraq were warned by the United States government that they would be facing prosecution if they agreed to raise ransoms for the release of the reporters.

Since the beheadings of the two reporters, James Foley and Steven Sotloff, Washington has declared an outright war against the terrorists. However, the United States insists on the policy of not negotiating with terrorists and as such, it never pays ransoms since doing so would theoretically endanger all Americans across the globe.

According to a spokesman for Steven Sotloff’s family, the United States Counter Terrorism department informed them through an official that any attempts at paying ransoms in order to secure the release of their son would result in them facing prosecution charges.

Barak Barafi, Sotloff spokesman, told reporters that this attitude left the family completely helpless and hopeless in the face of the sure assassination of their son. The spokesman added that Sotloff’s father was shaking after the meeting with the official from the National Security Council had ended.

Diane, Foley’s mother reported similar events during an interview with CNN. According to her statements, her family was also warned that charges could follow if they would try to gather ransom money for their sun. Additionally, government officials also informed Foley’s family that prisoner exchanges were out of the question in their son’s case and that military action was also not an issue.

Diane was told by government officials to not speak with the media and to trust that the government would take care of the situation.

State Secretary John Kerry was apparently taken aback by these statements and claimed to have been completely unaware of such situations. He insisted that no State Department official could have been condoned to make threatening statements.

In the meantime, White House spokesman Josh Earnest also addressed the difficult situation, stating that if the United States would agree to pay ransoms, it would only ensure that other Americans are put in dangerous positions. He, however, did not answer questions regarding the Foley’s or if the family had been prosecuted by the Justice department.

In closing, the White House spokesman noted that President Barack Obama had used all tools at his disposal to ensure the liberation of Foley, and noted that a risky military rescue attempt had taken place.

Foley, 40, and Sotloff, 31 were both beheaded by the Islamic State between August and September.