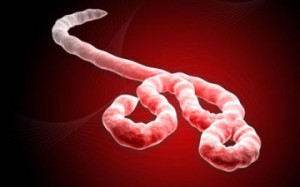 Amazing news about a new Ebola treatment! A new experimental Ebola drug, called ZMapp, has cure all 18 lab monkeys infected with the Ebola virus. Some of the monkeys showed advanced signs of the disease, such as fever and hemorrhage and were thought to be hours from a certain death. Other monkeys did not receive the drug until 5 days after the infection took place; these monkeys also survived. Doctors believe that five days of infection for these animals are the equivalent of around 10 days after the infection in humans.

This is the first successful experimental Ebola drug. The drug ZMapp is produced by Mapp Biopharmaceutical in San Diego, United States and has never been tested on people. The two Americans infected with the Ebola virus in Liberia, while volunteering there, were both given ZMapp. They did survive, but doctors don’t know if the drug helped or not in their recovery. Another two people, a Liberian doctor and a Spanish priest, died of the virus, despite both being given ZMapp.

ZMapp is a mix of three antibodies that connect to proteins on Ebola viruses and cause the immune system to destroy them.

Right now, there is no Ebola cure, vaccine or approved treatment. We had some good news coming from the GlaxoSmithKline drug maker company, which said that they would begin human trials for a new vaccine in in the fall of 2014. Another drug company, called NewLink Genetics Corp is said to begin their human trials next year, but no other details have been given about the vaccines or drugs that are being tested.

The present Ebola outbreak is the largest in recorded history. The West African Ebola outbreak has killed 1,552 people so far and there have been 3,069 confirmed cases of Ebola ever since the outbreak started in March of 2014. The World Health Organization believed that around 20,000 are going to be infected with the Ebola virus and that the outbreak is most certainly going to continue well into the year 2015.

Thomas Geisbert, virologist at the University of Texas Medical Branch, called this discovery a monumental achievement.

Do you agree with him? What are your thoughts on this news? Are you excited about this new drug, ZMapp? Drop us a line in the comment section below and share your thoughts with us! We love hearing from our readers!