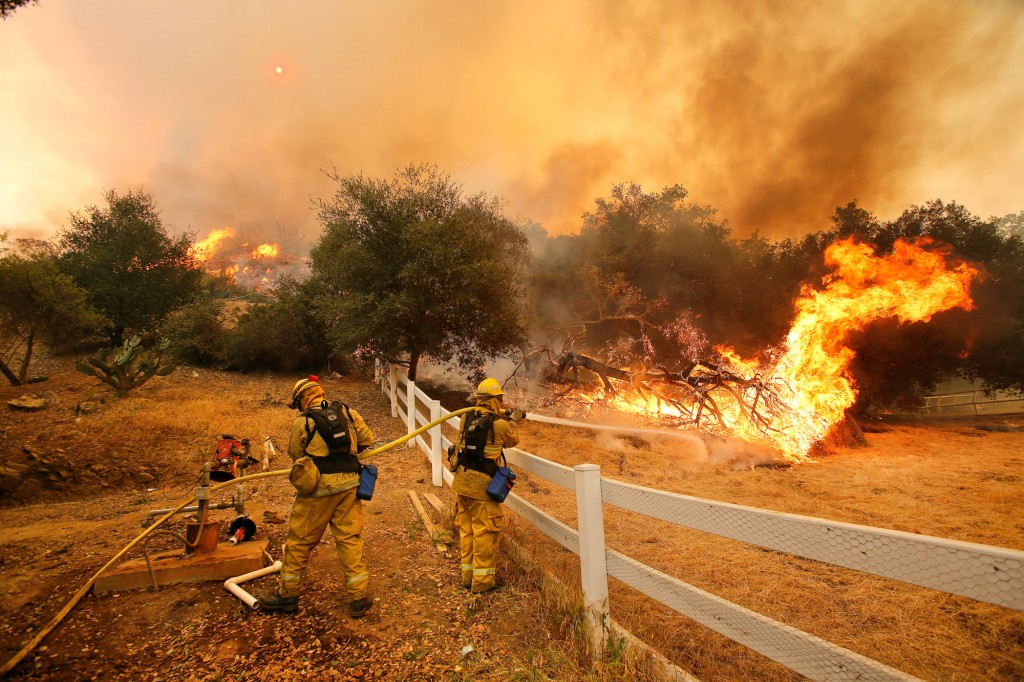 Some 3,000 California residents were forced to abandon their homes in Northern California due to an enormous wildfire that has been steadily growing. Teams are currently trying to evaluate how many structures have been lost to the huge blaze. The dangerous conditions have made it impossible for authorities to determine the exact number of damages, according to fire spokesman Mike McMillian.

The fire started 60 miles east of Sacramento and has grown to more than 128 square miles. Gathering thunderstorms represent yet another delicate matter, as they could either help or harm the firefighter’s efforts with moisture or wind.

The blaze is currently just 10 percent contained, authorities report. A man alleged to have started the fire over a week ago is currently being held on $10 million bail for the arson charge.

Firefighters from all across the USA (as far as Florida or Alaska) have joined in the efforts of containing the blaze. Over 5,000 firefighters are now assisting Californian crews in battling the blaze that hasn’t just consumed grass and brush but also swaths of dry tall timber.

McMillian told the public that it’s precisely because of this tall timber fueling the blaze that firefighters are having such a difficult time containing the fire. While some progress has been made, it’s too slow according to McMillian.

Only 100 evacuees have been allowed to return to their homes. The remaining 2,700, however, remain under evacuation orders, according to a statement by Cal Fire.

Possible winds are also concerning firefighters, who fear that the wind gusts of up to 30 mph could continue pushing the fire which has been spreading from north to south. Lynne Tolmachoff, state fire spokeswoman, told reporters that if this were to happen, a new area would be opened up for the fire to burn in.

McMillian said that the fire had already spread to the Tahoe National Forest, NW of Lake Tahoe, and was now threatening the University of California Berkley research station, home to countless experiments on wildlife, plants and trees.

The 37 year-old man accused of arson, Wayne Allen Huntsman, pleaded not guilty on Friday in the El Dorado County Superior Court. Authorities still haven’t revealed the evidence linking the man to the fire, which has become one of the largest burning in the state.

In the meantime, firefighters managed to completely contain another wildfire in the town of Weed on Saturday, after it had burned through 479 acres and destroyed 143 homes.