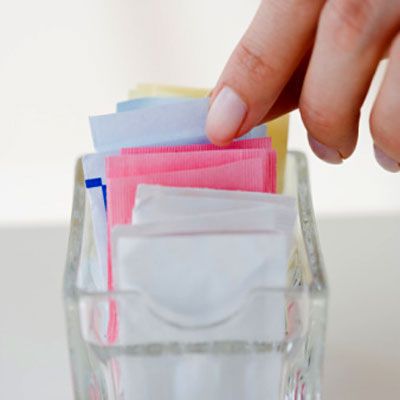 Artificial sweeteners, used especially by diabetes patients attempting to manage their glucose levels efficiently, may very well be aggravating their state of health according to scientists. A study released on Wednesday urged doctors to rethink their prescription, use and endorsement.

According to some experts, doctors and nutritionists, these artificial sweeteners are safe to be used by diabetes patients because in spite of the sweet taste they leave, non-calorific sweeteners pass through the body without being absorbed in the intestinal tract.

However, the study published on Wednesday in the journal Nature suggests that the risks of these sweeteners much outweigh their benefits. Researchers introduced these sweeteners in the diets of lab mice as well as a small group of humans and their results showed that these substances modified the composition and function of intestinal bacteria. These changes resulted in an increased glucose intolerance that appeared much sooner than expected.

The published paper explained that although these sweeteners had been extensively used to combat the global epidemic that is diabetes while normalizing blood glucose levels, researchers’ findings suggest that the substances had in fact directly contributed to enhancing the very epidemic they were trying to fight.

Eran Elinav and Eran Segal, the researchers leading the research project, decided to evaluate how lab mice react to three distinct artificial sweeteners being introduced to their drinking water. Aspartame, sucralose and saccharin were the sweeteners of choice. They were administered in doses that were body-size appropriate so as to accurately correlate to the recommended human intake.

The team of researchers observed that those mice who had either received just water or water with sugar did not develop glucose intolerance. The group of mice that had received artificial sweeteners, however, showed advanced signs of glucose intolerance. After this initial stage, researchers performed faeces transplants from sweetener-fed rodents and glucose-fed rodents to other mice bred to not have gut bacteria of their own. The glucose levels of the sweetener-fed rodents rose quickly after the transplants had been performed (as the bacteria were working harder to extract glucose from nutrients).

Researchers then extrapolated these findings to humans and after investigating a group of diabetic patients, noted that higher consumptions of these sweeteners were noticeable. They took seven of those patients and put them on a seven day artificial sweetener regimen. Four of those patients had developed high glucose levels and altered intestinal bacteria mixes in the five to seven days following the change.