You are here: Home / National News / Detroit Officer to Stand on Trial for Killing a Girl 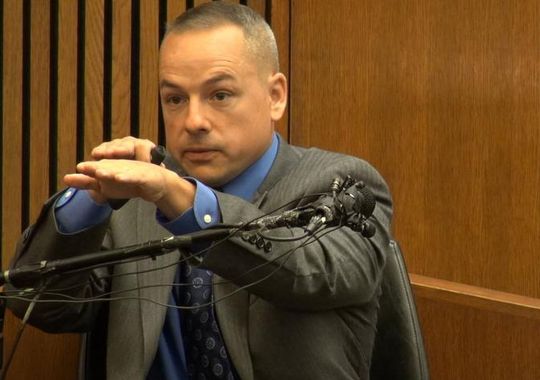 A Detroit police officer was charged with negligent murder after he fatally shot a 7 year old girl during a raid that took place in 2010, and now stands on trial for the second time.

Joseph Weekley, the incriminated police officer is on trial again after a jury couldn’t reach any verdict during last year’s trial when the man was charged with involuntary manslaughter.

The police officer had entered the apartment where Aiyana Stanley-Jones and her grandmother lived. The 7 year old girl was sleeping on the couch as Officer Joseph Weekley came in searching for a murder suspect. As soon as Aiyana’s grandmother saw the police officer, she attempted to point it away from Aiyana. Weekley claims that the gun went off as the woman grabbed it.

While all sides agree that Aiyana’s death was not intentional, there were some points that prosecutor Rob Moran raised. For instance, he argued on Thursday that Officer Weekley shouldn’t have had his finger on the gun’s trigger as he was leading other officers into the home.

“There’s a lot of noise in this case — the media, finger-pointing — but it comes down to one simple thing: Was the defendant grossly negligent when he pulled the trigger on his gun?”, asked Rob Moran when addressing jurors.

Moran went on to say that officers need to use ordinary care when exercising their duties but that officer Weekley failed to show such care, and in so doing, he ended Aiyana’s life by pulling the trigger.

Mertilla Jones, on the other hand, denies any interference. Jones accused Weekley of having intentionally killed Aiyana during the first trial. Because of her provocative statements during that first trial, Stefe Fishman, defense attorney, argued that her testimony shouldn’t be credible due to her outrageous lies. According to him, Aiyana’s grandmother either reached or hit the gun and while gun safety is of great importance, a police officer can’t allow that his weapon fall in someone else’s hands.