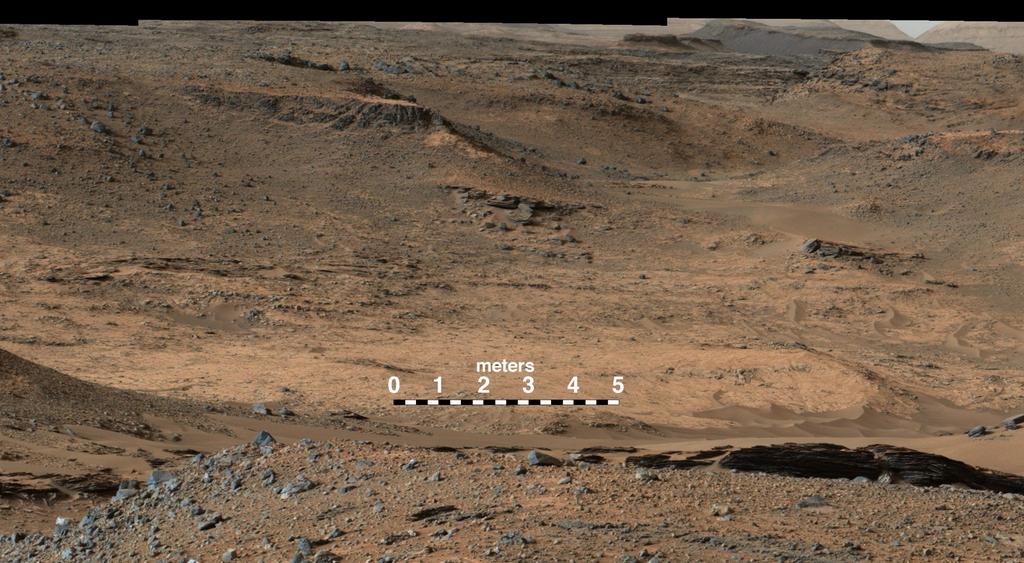 After a two year journey, Curiosity Rover reached Mount Sharp. Everyone is excited, as this is actually the main scientific field site for the high-tech Mars rover. Mount Sharp was chosen as the main research site before Curiosity was launched into space from Cape Canaveral in November 2011.

“We are here to tell everyone that the next phase of research on Mars for Curiosity can now begin,” James L. Green, the director of NASA’s planetary science division, said.

Mount Sharp is three miles high and during its ascension, Curiosity will analyze various layers of rocks with different historical data. The objective is to understand parts of the early geological eras when Mars had water.

“The science is all in front of us,” John P. Grotzinger, the project scientist for the mission, said. “But for this moment, we should be celebrating the engineering accomplishments of this mission.”

Curiosity landed in Gale Crater in August 2012 after an eight months voyage. Soon after, the rover returned an exciting news – Mars had once been covered with water. Finding evidence of carbon matter in Mount Sharp’s rocks may reveal if life on Mars existed, even if in microbial form. Such a discovery may help intensify the efforts to explore outer space, as it would be considered a definite proof that non-terrestrial life is no longer a hypothesis.

Curiosity Rover had an initial life span of just two years. But the rover has not even started working on the main scientific mission, as the project team was more concerned on keeping the robot safe. Even if Curiosity roved across Mars for just about five miles, its wheels show significant, although not dramatic damage. The initial route had to be changed because the rocks were too sharp. Scientists used the occasion to perform extensive measurements.This is a problem for the team, as they were forced to apply for more funding. The application almost got rejected, because Curiosity did not perform up to the committee’s expectations so far.

The first task performed by Curiosity, now positioned at the Murray Formation base of Mount Sharp, will be to drill a rock. The rover attempted to perform a similar action earlier, but the unusual green-grey rock called ‘Bonanza King’ proved to be unsafe for the experiment due to stability issues. However, other instruments indicated high levels of silicon, a sign of water presence.