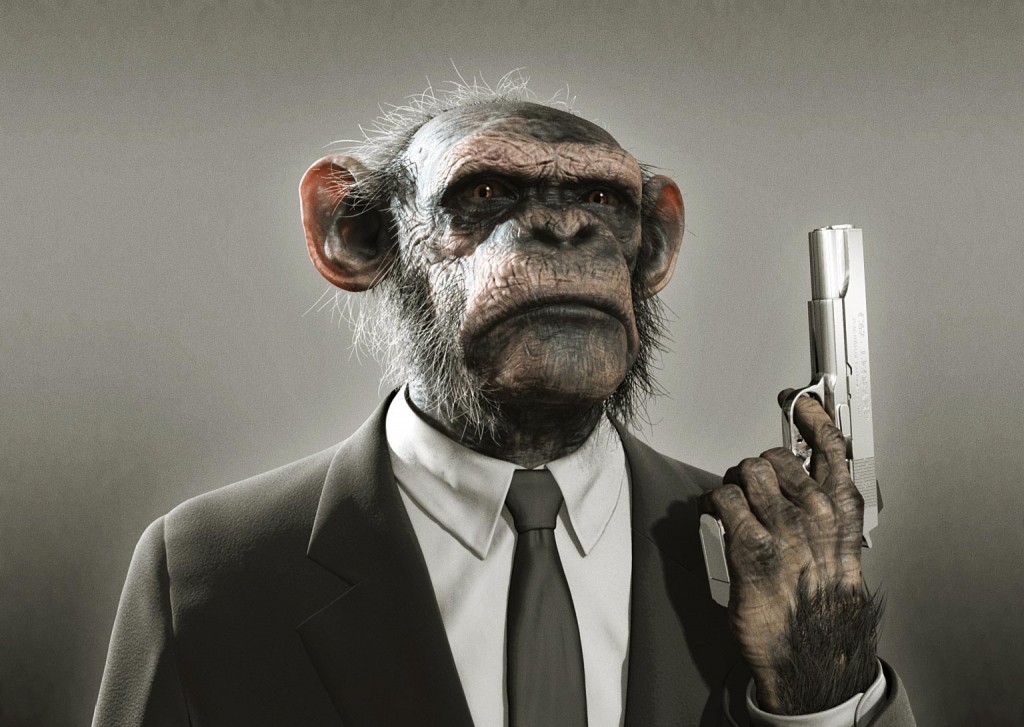 Chimps are inherently violent, researchers claim after a very long term research. The research ran for 54 years and included researchers spending countless hours observing the behavior of chimpanzees and bonobos, among other types of apes. One of the questions this study answers is if chimps are naturally violent or they have been influenced by humans.

Researchers believe that a common ancestor of humans and chimps living 5 to 7 million years ago may have had this trait which was transmitted down. It seems that humans and chimps are the only two species that conduct coordinated attacks on each other. The conclusion has more implications for the ‘human nature’. If violence is innate in humans as it is in chimps, should we adapt our understanding of war? War might not be simply a result of the advent of agriculture and the storage of wealth, as most anthropologists agreed so far.

Humans are violently destroying the chimps’ habitat in Africa and some hunters kill chimps for food. “People have argued that these increasing human impacts could also be putting more pressure on chimpanzee populations, leading to more chimpanzee violence,” Michael Wilson, the study’s lead researcher and professor of anthropology, University of Minnesota in Minneapolis told LiveScience.

To draw the conclusion that humans have not impacted chimp violence, researchers analyzed 18 chimp groups and 4 bonobo groups in Africa. Wilson’s team researched the chimps for 14 years, by observing the daily activities like mating, feeding and fighting. Some chimp communities can have up to 150 members, but groups with 55 members have been discovered as well.

A total of 152 killings were exhibited in the ape communities. Fifty-eight of them have been directly witnessed by researchers, while for 41 of them it was concluded and 53 killings were suspected. The bonobos displayed only one suspected killing, which is unsurprisingly, as bonobos are widely known as a peaceful species.

“Overall, aggression makes [up] a small percentage of their daily lives,” Wilson said. “Our behavior affects them, but it’s not affecting them as people have suggested in the past, resulting in aggression.”

Because they observed numerous groups spread on a larger area, researchers found some distinct characteristics. Where the population density was higher and the proportion of males was increased, killings occurred more often. East African chimps killed more often than their Western counterparts, but researchers do not have an explanation for this data.