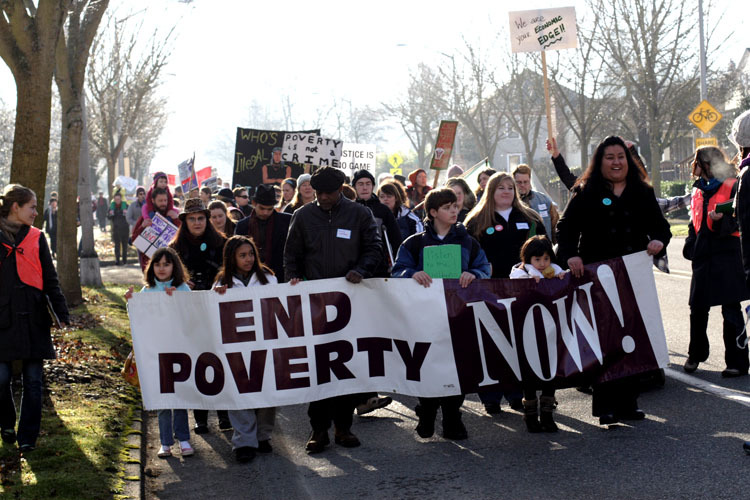 Six years after the economic crisis took place, we are witnessing the first time when the poverty level decreased. The Census Bureau released a report on income and poverty in the U.S. in 2013. According to the bureau, the poverty level decreased by 0.5 percent, reaching 14.5 percent, compared to 15 percent in 2012. The news comes more as a message of stagnation, rather than increase in welfare, as the overall economic situation is not particularly advantageous for poorer households. In 2000, the poverty rate was at 11.3 percent.

Fortunately, child poverty is at its historically lowest level, as low-income parents managed to find more jobs. In 2012, the child poverty rate was 21.8 percent, while in 2013 dropped to 19.9 percent. Hispanics were significantly much better off in 2013 than African-American and Whites. Hispanic families with kids have seen their poverty level dropping by 3.2 percent, while for the two other groups it only fell by 1 percent. But overall, the three groups are separated by a clear difference in poverty levels. For Whites, it is set at 10 percent, while for Hispanic is 27 and African-American – 32 percent.

Overall, there are 45.3 million impoverished Americans.

Even as the job market recovered with 6 million new jobs added from 2010 to 2013, the real wages stagnated. The median wages for men are at levels found 14 years ago. The wage increases barely matched inflation rates.

The overall message conveyed by this report is that economic recoveries tend to take longer periods. Wages may reach their 2000 levels in 2020.