You are here: Home / National News / Cameron Calls for Parliamentary Debate on the U.K.’s Involvement in Iraq Airstrikes 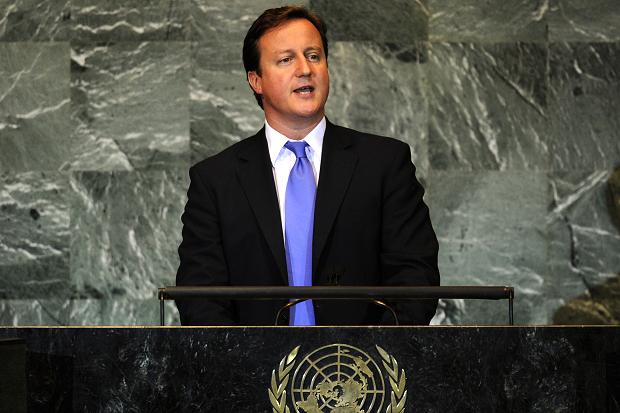 David Cameron, British Prime Minister, has called for a parliamentary debate on Friday meant to discuss the U.K.’s possible involvement in the military campaign led by the United States against the Islamic State. Cameron’s debate comes amid increasing domestic support of a possible military intervention that would tackle the extremist Sunni group.

The U.K. Prime Minister is currently in New York, attending the General Assembly of the United Nations, where he will be discussing the ways in which the U.K. could contribute to the international coalition against the Islamic State.

Although the U.K. Parliament is in recess, Britain’s Prime Minister has recalled its members to meet upon his return in the U.K.

“We should be uncompromising—using all the means at our disposal, including military force—to hunt down these extremists.”

However, the Prime Minister noted that western ground troops weren’t the ideal way to bring peace to Middle Eastern countries and that other approaches should be considered.

But pursing an intelligent and comprehensive approach should include a place for our military,”

he added. According to him, the British Military is prepared to support humanitarian efforts and can also train, equip and advise local forces that are battling the Sunni extremists.

On Friday, the Parliament will be discussing a possible U.K. response to the Iraqi Government’s request to contribute with airstrikes against the Islamic State. Prime Minister Cameron is meeting with his cabinet on Thursday.

A U.K. government spokesman noted on Friday that Iraq’s request did not involve the question of whether the U.K. would also join international airstrikes against targets located in Syria. And although momentum seems to be building in Britain for support of airstrikes in Iraq, parliamentary support seems to be very difficult to obtain.

“Yes to careful preparation; no to rushing to join a conflict without a clear plan. We must not be so frozen with fear that we don’t do anything at all.”

noted Prime Minister Cameron as he was addressing the General Assembly.