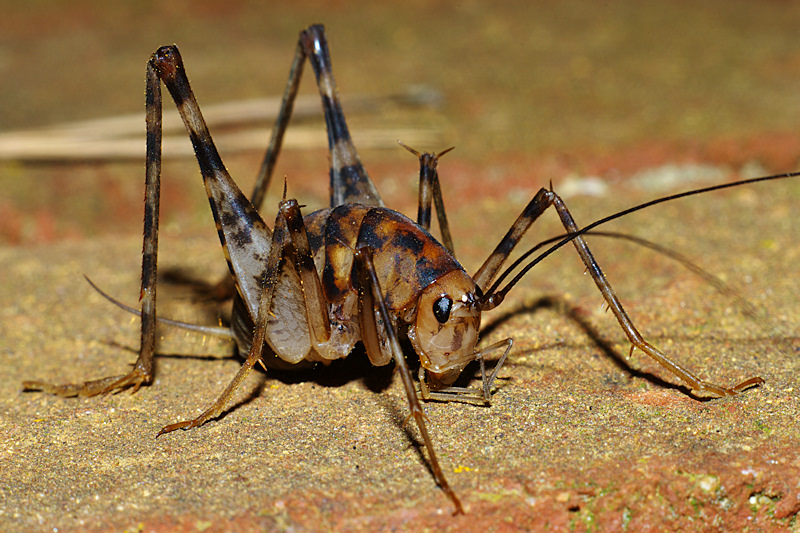 A species of cricket known as the greenhouse camel cricket (Diestrammena asynamora) is said to take over the U.S. basements throughout the continent. This particular cricket species is native to Asia, so scientists have been trying to find out how they ended up here. The number of people spotting these new “neighbours” has been increasing over the years.

The interesting fact is that they have managed to outnumber the U.S. crickets all together. According to the findings of this study, this type of camel cricket comes from Asia and is becoming more common in American basements than the native species.

Asian camel crickets have long legs that are colored like desert camouflage. And due to the fact that they eat almost anything, including each other, nothing stands in their way. And apart from not being picky as far as food is concerned, they have a great survival rate as well, with the innate ability to over-multiply within a short space of time.

Researchers at North Carolina State University already knew that camel crickets were present in the U.S., but they wanted to know to what extent, and moreover which species were most prevalent. In order to find out, they asked for the help of average Americans. Volunteers responded the cricket census by confirming the presence of camel crickets with photo evidence.

The interesting thing is that these creatures used to inhabit greenhouses in Asia. But apparently they all have abandoned the sun of the greenhouse for the darkness of the basements and garages.

“The good news is that camel crickets don’t bite or pose any kind of threat to humans,” explained study author Mary Jane Epps. Well we don’t know about how tasty our winter clothes might become once they get the first bite.

In other words they have no severe impact on humans whatsoever, but at the same time scientists aren’t exactly sure how they might impact the ecosystem around them. “We know remarkably little about these camel crickets, such as their biology or how they interact with other species,” explained co-author Holly Menninger. “We’re interested in continuing to study them, and there’s a lot to learn.”

“Because they are scavengers, camel crickets may actually provide an important service in our basements or garages, eating the dead stuff that accumulates there,” Menninger added.

According to these reports, more than 700 million camel crickets are estimated to be in the common US basement.

This study conducted by Epps and Menninger was published in a journal this week.