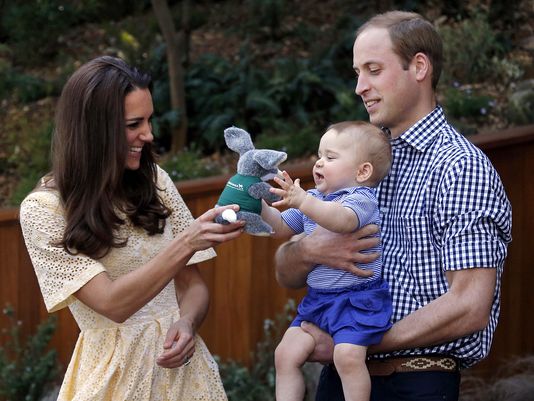 The Duke and Duchess of Cambridge, Kate and William, are expecting their second child according to statements made by royal officials on Monday. The Duchess is already being treated for severe morning nausea. Despite countless speculations in previous months stating that the duchess may be pregnant again, the news has finally been officially confirmed as Kate was forced to seek medical attention because of her morning sickness.  She had to break off an official engagement that had been previously scheduled to seek treatment.

Clarence House officials released a statement saying that both the royal couple and their families are rejoicing over the baby news. Additionally, they explained that Kate Middleton had been taken under supervision at the Kensington Palace for severe morning sickness.  It seems that the complications from her previous pregnancy are reemerging. The duchess had to be admitted back then, when she was carrying Prince George, because of a condition called hyperemesis gravidarum.   Despite her admission, Kate gave birth without any complications in July of 2013 after a short hospital stay that treated the extreme sickness. Generally, treatment for hyperemesis gravidarum involves additional hydration, nutrients, vitamins and medication if the vomiting is too severe.

The Duchess’s pregnancy isn’t over the 12-week mark and it is precisely the same period when she became ill during her pregnancy with Prince George.

There has been no delivery date given for the birth of the second baby, who will certainly be every bit of a media sweetheart as Prince George.

After hearing the news, U.K. Prime Minister David Cameron immediately offered his congratulations to the Duke and Duchess of Cambridge.

The birth of another heir to Prince William changes the line of succession, as the latest royal arrival will now take the place of William’s brother, Harry, moving him further down the pecking order. The baby will become fourth in line to the throne after Prince Charles, Prince William, Duke of Cambridge and Prince George.  However theoretical this line of succession is, it is very unlikely that the new child will ever assume the throne and as such, international attention for his birth is most likely going to pale in comparison to George’s birth. This is because once Prince George of Cambridge has children of his own, the line of succession will be changed yet again and the child arriving will be moved further down the succession line, according to Clarissa Campbell Orr, monarchy historian at the Anglia Ruskin University.