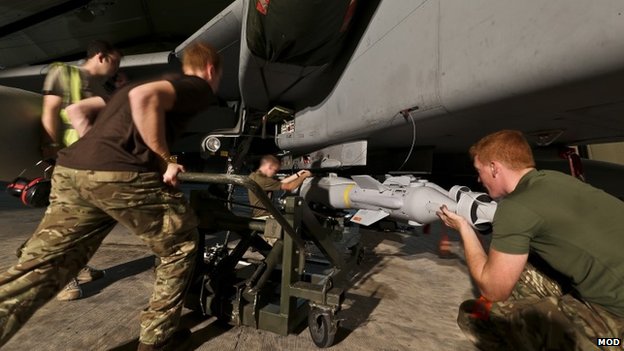 As was expected, the Royal Air Force began its first combat mission against Islamic State targets in Iraq soon after the Parliament vote authorized Britain’s military involvement in the conflict. Two RAF jets were deployed on their first mission, which according to the Ministry of Defense, was a reconnaissance operation. The results of the mission were, as the MoD describes it, invaluable.

The Tornado jets are now back at the military base of Akrotiri in Cyprus, seven hours after they had taken off.

“Although on this occasion no targets were identified as requiring immediate air attack by our aircraft, the intelligence gathered by the Tornados’ highly sophisticated surveillance equipment will be invaluable to the Iraqi authorities and their coalition partners.”

the Ministry of Defense said in a statement that followed the RAF mission. Officials also noted that the mere presence of coalition aircrafts would significantly influence ISIS’s morale. They explained that insurgents now know the precision with which airstrikes can be conducted. Extremists are also aware that they are defenseless against airstrikes and as such, they are forced to act more cautiously, remaining dispersed and moving with difficulty.

“They also know that should they concentrate to deliver an attack against Iraqi or Kurdish troops, aircrafts are likely to arrive overhead very soon afterwards.”

the Ministry of Defense added.

Although RAF Tornado jets had performed reconnaissance missions in the past, this was the first time after the Parliament authorization of airstrikes that a mission was conducted. As such, laser-guided bombs and missiles were loaded on the airplanes.

Former RAF navigator, John Nichol, told reporters that the difficulty in attacking Islamic State targets lies in the fact that they do not possess military infrastructure (like weapon depots or air fields).

“If there are no IS fighters on the ground and we’re talking of a pick-up truck with some weaponry on the back – then there is nothing to attack. If IS know that the air assets are up there to hunt them down, they’re not stupid, they’re going to be hiding amongst the civilian population.”

Prime Minister David Cameron insisted that British aircrafts needed to play their part in the international U.S.-led coalition against ISIS. The extremist group, which has claimed legitimate government over Iraq has violently beheaded two American and one British journalist and is currently holding two additional hostages.

40 countries (among which, several Arab countries) have joined the United States in the coalition against the Islamic State.