You are here: Home / Business / Americans Turn Away from Jeans, Hello Yoga pants! 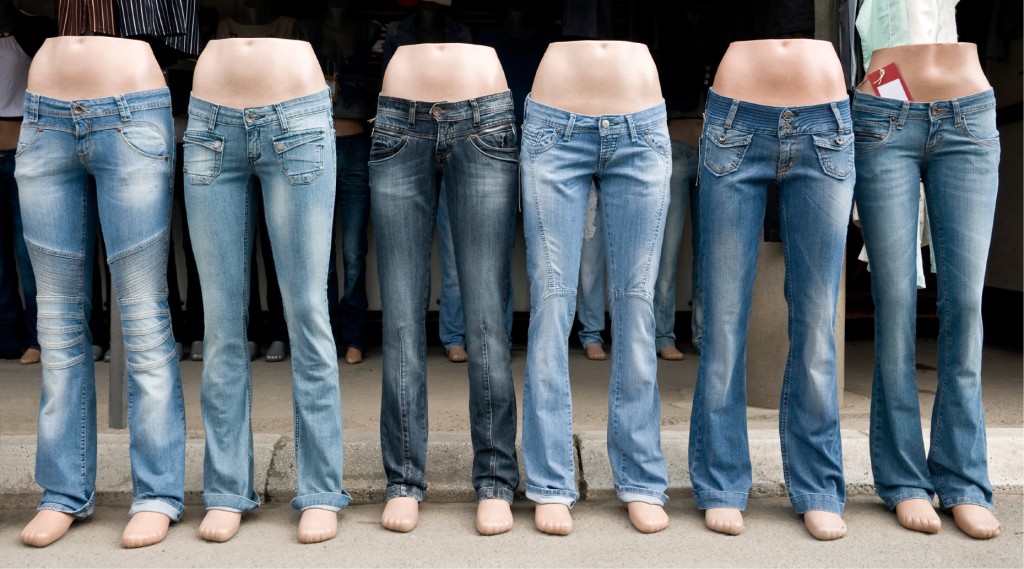 Associated Press reports that jeans sales have decreased by 6 percent in the last year. The move happened as a growing number of Americans turned their faces away from the iconic American pants and chose yoga pants instead. The trend is more prominent among women, but men seem to have lost interest in wearing jeans too.

NPD Group, a market research company, announced that sales of ‘active wear’, yoga pants included, rose by 7 percent, totaling $33.6 billion. Jeans sales dropped 6 percent totaling just $16 billion. Fear not, because denim is still an important part of clothing sales across the country, accounting for around 20 percent of the overall sales.

Jeans have been patented in 1873 by Levi Strauss and tailor Jacob Davis and by the 1920’s they became successful among workers. For the next couple of decades, jeans, actually called overalls at the time, started to be popular among upper classes too. But the real popularity was reached after the 50s bad boys and the 60s hippies began wearing the pants, which then received the name we all know them by.

Jeans got to be so versatile that rich and poor people wear them in the same time. The iconic pair of pants was a sign of chic, as well a sign of resistance. Jeans have encountered another decrease in sales during the 1970s, when corduroy pants became popular. That is when jeans sales dropped by almost 4 percent, D’Innocenzio from Associated Press explains. When khakis regained popularity in the early 2000s, jeans lost 3 percent in sales. However, the 6 percent decrease taking place in the last year is the most drastic recorded dropp.

Anthropologists Daniel Miller and Sophie Woodward explained in their recent book “Blue Jeans: The Art of the Ordinary the distressed jeans are such a popular choice because people want a simple comfortable and safe choice as they suffer from pressures to adapt their appearance for every different social occasion.

Americans turn away from jeans, but fashion trends also reflect lifestyle changes. The advent of the yoga pants and other similar clothing items are part of a trend called ‘athleissure’. “Everyone wants to look like they’re running to the gym, even if they’re not,” Amanda Hallay, assistant clinical professor of fashion merchandising, claims.

Producers seek to adjust their business to the latest trend and retailers prepare for the new season with more active wear options and less denim. Levi, Wrangler and Lee introduced stretchier jeans as a response to the athleissure trend.