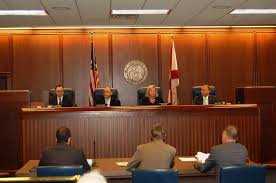 A state court judge in Alabama prevented the Montgomery Advertiser from publishing a story about Alabama Gas Corp.’s utility plan for gas line safety. The information had been released by the Alabama Public Service Commission after an open records request.

Judge Robert S. Vance of the Jefferson County Circuit approved Algasco’s request of blocking the Montgomery Advertiser from publishing any information connected to the plan. According to court records, Judge Vance made his ruling a week ago, on precisely the same day that Algasco had made the request. In so doing, the judge insured that the newspaper had no chance of responding.

The newspaper has been objecting to the ban since then. Consequently, Judge Vance agreed to a hearing on Monday that will decide whether the order should stand.

Algasco owns hundreds of miles of pipelines and server around 425,000 customers in central Alabama. The Montgomery Advertiser had printed an article saying that it had requested a copy of the company’s Distribution Integrity Management Plan on Wednesday. In response, Algasco claimed that such a document had been released with no required notification to the company and that it contained safety-related information. Judge Vance temporarily prevented the Advisor from writing about the issue, claiming that there was a reasonable chance that the document not be made public.

In response, the newspaper refused any request made by Algasco to return the document.

According to the newspapers lawyers, judge Vance’s ban represents an unprecedented unconstitutional restraint and that the information is already available publicly. Executive Editor Tom Clifford told reporters that the bulk of the document was already available on Algasco’s website.

In return, the utility company claimed that certain details could not be released as they would endanger public safety (according to them, they show precise locations of critical gas infrastructure). They added that preventing the Advisor from printing those details represented a matter of homeland security and as such, falls under the Alabama law.