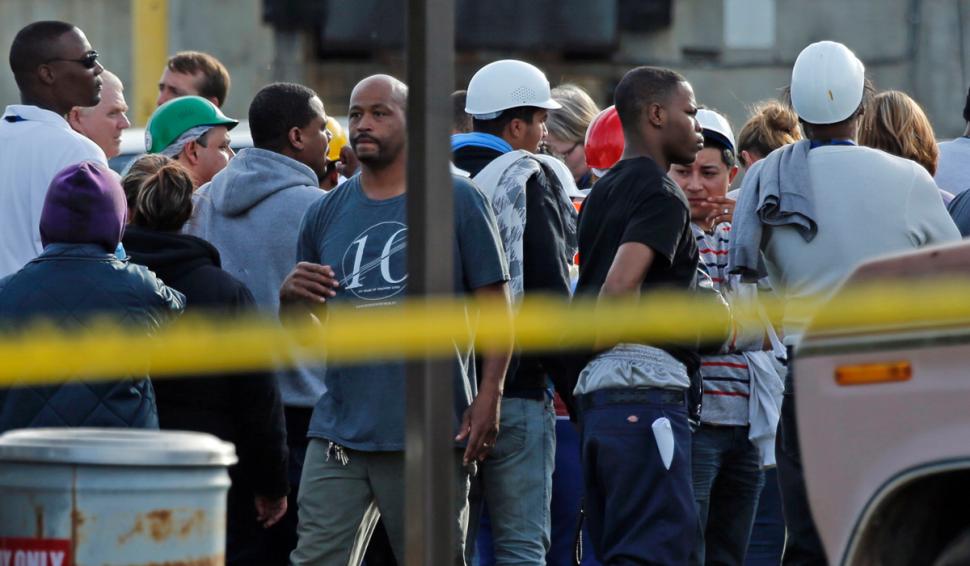 An Oklahoma man who had recently converted to Islam brutally beheaded a 54-year old woman and stabbed another one before an off-duty police officer could intervene.

According to Police, 30-year old Alton Nolen stormed into a Moore food distribution center and attacked the first person to cross his path: Colleen Hufford. He then attacked a second woman, Tracy Johnson, until an off-duty police officer noticed what was going on and was forced to shoot the attacker to end his rampage. Police claims that the man didn’t know either of the victims. They believe that the man is going to survive his injuries.

This incident has, however, generated a full-out FBI investigation on a possible Islamic-State terror beheading in the heartland. The African American attacked had just converted to Islam and was also trying to sway others to convert.

Several residents immediately thought of ISIS when they heard of such a violent crime.

“I know you read about it in other parts [of the world]. But here in Moore? At Vaugn’s Foods? And she is the first person he sees? It sounds like ISIS.”

Police, however, believe there was no connection between the man’s new-found religion and the brutal attacks on Hufford and the second victim. As Sgt. Jeremy Lewis of the Moore Police Department explains, the 30-year old reacted to anger that was connected to an incident at the business. He said that the man had acted out against the women not because he knew them, but because they had been at the wrong place at the wrong time.

The Islamic Council of Oklahoma told reporters that Nolen had been unknown to them before the attack:

“He was not known to any of the leadership in Oklahoma mosques. We do not have any confirmation of his conversion either in prison or out in the community.”

Nolen had been recently fired before going on the rampage that ended Hufford’s life. He attacked the woman around 4 PM after having clipped a car with his SUV.

According to police information, the deranged attacker stabbed the woman so hard that her head was severed. Then, Nolen proceeded to stabbing 43-year old Tracy Johnson repeatedly with the same knife.

Nolen was brought to a nearby hospital after having been shot by the off-duty police officer. No charges have been filed yet against the 43-year old.