You are here: Home / National News / Afghan Soldiers Found Near Canadian Border after Vanishing From Military Base 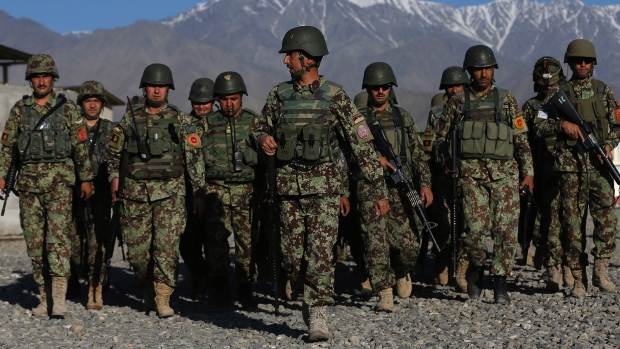 The three Afghan National Army soldiers who had been reported missing from the Cape Cod military base were found near Niagara Falls, just as they were attempting to cross the border into Canada. Before vanishing, the soldiers had been taking part in training drills.

The Massachusetts National Guard reported the three men missing on Saturday night. Maj. Jan Mohammad Arash, 48; Cpt. Mohammad Nasir Askarzada, 18 and Cpt. Noorullah Aminyar, 20, couldn’t be found on the grounds of the Joint Base Cape Cod and after three days of searches, it seems that authorities have finally caught them at the border. They had arrived at Camp Edwards on Sept 11 and were last seen during a day off, as they were at the Cape Cod Mall in Hyannis.

The Pentagon informed the public that the three missing soldiers weren’t considered a public threat.

While the men had the right to come and go as they pleased during off-duty days, as Lt. Col. James Sahady told reporters, they had to be present for base activities when on-duty. Local and state authorities worked together with base and exercise officials to locate the missing soldiers, taking part in a U.S. Central Command Regional Cooperation exercise.

Since 2004, exercises have been taking place annually to promote cooperation as well as inter-operability between forces. They are also meant to improve functional capacity, pacekeeping operations and readiness.

More than 200 participants were involved in 2014’s exercise ending on Wednesday, from six nations including the United States.

Reporters who attended the training exercises on Friday noted that none of the soldiers taking part were carrying weapons.

According to the Cape Cod Times, this is the first time in eight years that the exercise takes place on United States soil. Usually, the events take place in South Asia.

“This is a valuable opportunity for the Massachusetts National Guard and is personally rewarding,” Col. George Harrington, battle group commander told reporters.