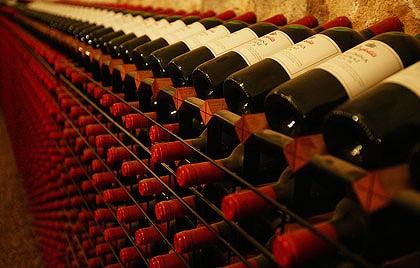 Kohlberg Kravis Roberts, the private equity giant, has revised its earlier bid at a takeover offer and have now presented Treasury Wine Estates the sum of $3.2 billion as their updated bid. The Australian vintner that now holds Penfolds and Beringer Vineyards declared that it would be considering this new offer.

Kohlberg Kravis Roberts’ board of directors already rejected a previous bid of $2.8 billion in April, because, according to them, the bid for Treasury Wine was an undervaluation of the company. After this rejection, Kohlberg Kravis Roberts brought in a New York equity firm (Rhone Capital), to assist them and revised their offer at 5.20 Australian dollars per share (the equivalent of $4.80). This new offer is 11 percent higher than the 4.70 Australian one they had made in their earlier bid.

During the Monday stock exchange, Treasury Wine explained that its board of directors had concluded that future engagements with Kohlberg Kravis Roberts would be beneficial and would serve the interests of its shareholders. They also added that a confidentiality agreement should be agreed upon before any other diligence could be undergone. However, the possibility of rival bids has not been ruled out, and Kohlberg Kravis Roberts may have opponents in the near future.

As opposed to where shares were being traded on the 15th of April, K.K.R’s revised offer represents a 41 percent premium. Treasury Wine shares have rallied since May as investors foresaw that would either receive a higher offer from Kohlberg Kravis Roberts or another potential suitor. Following the revised offer that Kohlberg Kravis Roberts presented, Treasury Wine shares rose about 4 percent (and reached 5.17 dollars a share) on Monday.

Kohlberg Kravis Roberts’s interest follows the creation of the record size $6 billion Asia Pacific fund in July 2013. The company, who also owns Lindeman’s Rosemont Estate and Wolf Blass labels (alongside other 80 wine brands), has created its very own record size fund for private equity in the region.

Treasury Wine has been experiencing a sales profit drop recently in Australia, the United States and Asia. Chinese consumers, for instance, were influenced by a government campaign addressing conspicuous consumption and have spent less on premium wines. They brought in Michael Clarke as their new chief executive. He had been working for Kraft Foods and Coca-Cola in Europe before accepting the chief executive position. Currently, Treasury Wine announced that it would book an impairment charge worth $260 million dollars (the value of this year’s wine brands).