Nickolay Mladenov, the UN secreteray-general special representative to Iraq has urged the international community to take action before a “possible massacre” unfolds in the northern town of Amerli. Amerli has been under siege by ISIS (the Islamic State Militants) for the last 2 months. At the moment, the city has no electricity, and food supplies are running low. Medicine supplies are also dwindling. 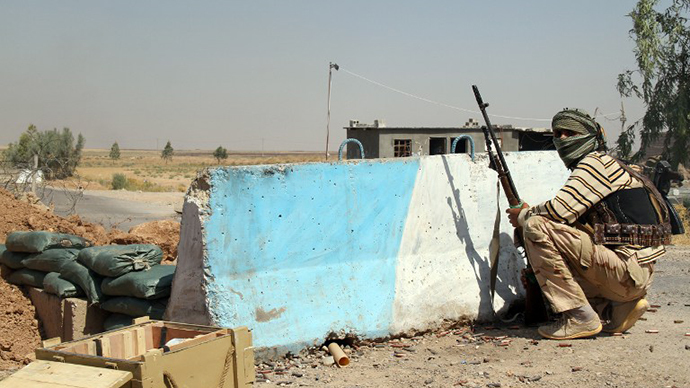 Unlike the Yaizdi community trapped on Mount Sinjar, which was rescued by an US-led intervention, there is no safety net for the people in Amerli.

Nickolay Mladenov is asking the international community to halt the:

“Unspeakable suffering of Amerli’s inhabitants. The situation of the people in Amerli is desperate and demands immediate action to prevent the possible massacre of its citizens.”

In the following statement, he presents the situation of Amerli city:

“The town is besiege by ISIL and reports confirm that people are surviving in desperate conditions. I urge the Iraqi government to do all it can to relieve the siege and to ensure that the residents receive lifesaving humanitarian assistance, or are evacuated in a dignified manner. Iraq’s allies and the international community should work with the authorities to prevent a human rights tragedy.” – Nickolay Mladenov

The vast majority of Amerli’s residents are from the Shia Turkmen community. This community represents roughly 4% of the Iraqi population. Also, Amerli is just 180 km away from Baghdad. IS (formerly ISIS/ISL) considers them apostates who killed and carried out abuses on them in other regions of Iraq.

“After the attack of Mosul, all the Shia Turkmen villages around Amerli were captured by the Islamic State. They killed the people and displayed their bodies outside the village.” – Dr. Ali Albayati, member of the Turkmen Saving Foundation

According to Dr. Albayati, residents of the besieged town have been trapped and fighting for over 70 days, and at the moment, the situation is dire. Many people are already dead or dying, and food supplies are almost depleted.

“We have no electricity, no drinking water. We are depending on salty water, which gives people diarrhea and other diseases. Since the siege started, more than 50 sick or elderly people have died.” he adds

Right now, over 20.000 people are trapped in the town and fighting for their lives. Most children are only eating every 2 or 3 days, because crops and farms are being neglected. The only food supplies that the town has consists of transports brought by Iraqi army helicopters, and they are not nearly enough for all the residents.

Dr. Albyati, who lives in the town himself, usually flies on those helicopters to make sure that essential provisions are being delivered. He has a wife and children in town. The city’s defenses consist only of residents, because the Iraqi army has yet to take action.

“You know what happens when Islamic State captures a village? They capture all the men, women and children and they kill them all, believe me. They keep just a few girls, you know… for other things…” – Dr. Albyati

The UN has launched a huge campaign to get aid to the half million people displaced in northern Iraq, but Amerli is not accessible by land.