On Tuesday an American General has been killed during an attack at a military Academy in Afghanistan. Major General Harold Greene was identified as the soldier that was mortally injured.

The two star major general had been deployed in January and is currently the highest ranking U.S. soldier to be killed during the war in Afghanistan.

Fifteen soldiers were injured during the attack that took place at Camp Qargha. A gunman dressed in the Afghan army uniform began shooting at Americans and other Afghans who were stationed at the military academy west of Kabul. The Taliban have claimed responsibility for the shooting.

The military base in Qargha was recently renamed to honor the Afghan deceased vice president, Marshal Fahim, and trains hundreds of Afghan forces monthly. 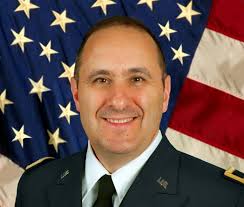 Out of the fifteen injured soldiers, eight were Americans, two were Afghan and one was a German brigadier general. The Associated Press reported that all are expected to live.

The attack that took place on Tuesday belongs to series of “green on blue” attack that have been happening in Afghanistan. The U.S. and coalition forces have been repeatedly attacked by members of the Afghan forces. During the war, more than 85 such incidents have occurred, although during the last year, the attacks have become less frequent due to the fact that fewer U.S. troops have been stationed in Afghanistan.

According to the New York Times, the general was shot at close range during the incident that occurred around noon. Gen. Mohammad Zahir Azimi, spokesman at the Afghanistan Defense Ministry insisted that the attack had been the work of a terrorist in an Afghan military uniform. He added that the shooter had been killed.

Hamid Karzai, Afghan President noted that both foreign and Afghan soldiers were hurt while condemning the actions of those responsible. He explained that the Marshal Fahim National Defense University (the new name of the military academy involved in the shooting) was being visited by soldiers who had wanted to help build up the Afghan forces. Karzai added that this attack is the sole responsibility of Afghanistan enemies who do not want their country to have strong institutions.

Currently, the facts are still being sorted out, ISAF Joint Command affirmed in a statement. After the situation has been assessed, more information will follow.

The United States are preparing to completely withdraw their combat troops from Afghanistan by the end of 2014. As a result, security responsibilities will be shifting to Afghan forces.