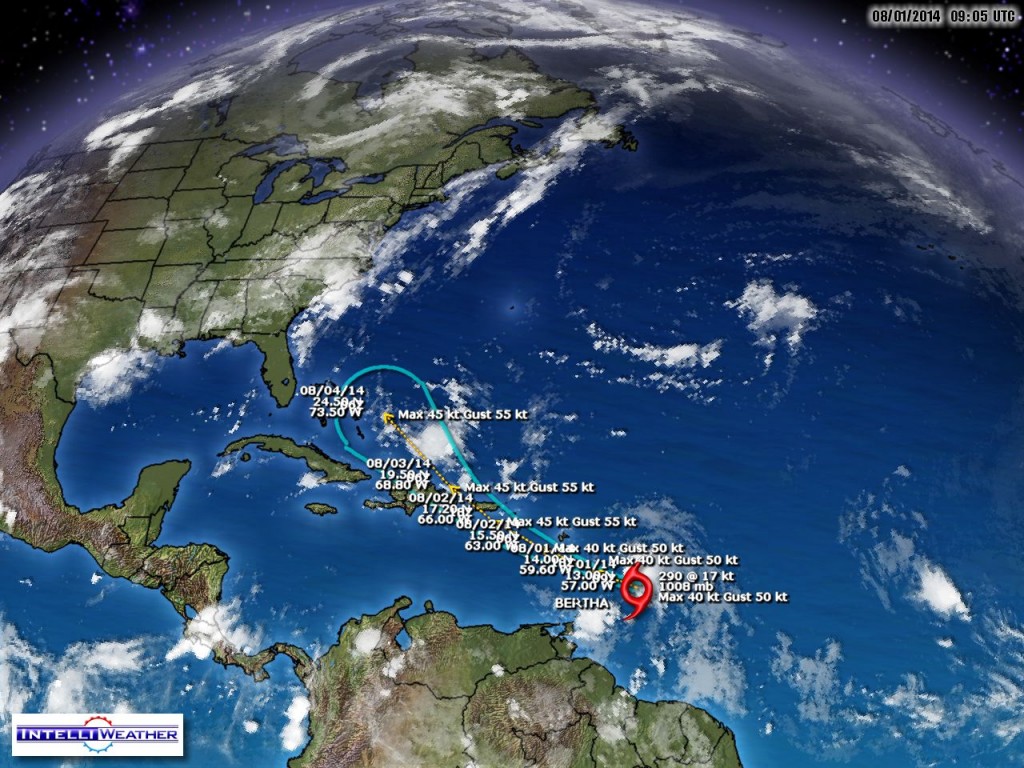 The storm is expected to maintain its pace for the next days. On Friday, it is expected to pass near Barbados. It will than travel through the central Lesser Antilles on Friday evening. The U.S. Hurricane Center said little change is expected in the storm’s strength over the next couple of days. They also stated that the tropical storm’s maximum sustained winds happened Thursday night, reaching about 45 mph.

Bertha is expected to bring rainfall amounts of 1 to 3 inches and up to 5 inches in isolated parts, across portions of the Leeward Islands, Puerto Rico, as well as the Virgin Islands sometime on Saturday night.

The Atlantic hurricane season is typically active during August, September and October.

The previous tropical storm was hurricane Arthur, which formed on July 1, 2014 off the east coast of Florida. On July 3 it turned into a hurricane. On July 5, 2014, Arthur weakened to a post-tropical cyclone over Canada.

Anyhow, NOAA (National Oceanic and Atmospheric Administration)’s predictions for this season range between near-normal or below-normal season. For the six-month hurricane season, which begins June 1, NOAA predicts a 70 percent likelihood of 8 to 13 named storms (winds of 39 mph or higher), of which 3 to 6 could become hurricanes (winds of 74 mph or higher), including 1 to 2 major hurricanes (Category 3, 4 or 5; winds of 111 mph or higher).