The Standard & Poor’s 500 index was extremely close to making history with a 2000 milestone for the past week. During last week, the S&P 500 flirted with the magic number for a while, but it fell short of 12 points at the end of the week. 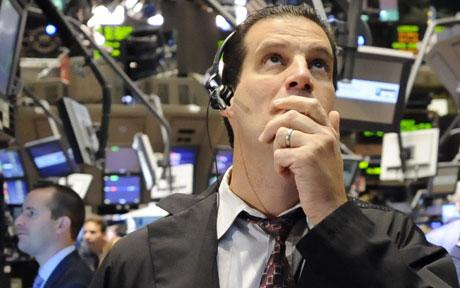 Investors have not lost faith, and they continue to wait with patience for the history-making event next week. According to historians, reaching a 2000 points milestone would be an incredible day for the economy, and a great accomplishment for the Index, considering the economical issues of the last few years.

They also say that on March 9, 2009, the index had free-fallen to 675.53, which represented the bottom value of the 2007-2009 bear market. During that time, investors were actually expecting the index to crash to zero. But that never happened, and the index was soon back with a bang.

The Standard & poor’s 500 index hit a record-breaking high of 1992.37 points on Friday on progressive reports from manufacturing sectors and improving housing. Specialists say that these major developments indicate the strengthening of the world’s strongest economy. In addition to this, analysts believe that three rounds of stimulus by the Fed and unexpected corporate earnings have managed to boost the index by approximately triple since its low in March 2009.

Another interesting thing is the fact that the index has never dropped of 10% in nearly three years. Actually the S&P 500 trades at 17.8 times the reported earnings of its firm. It is closing to the highest level since 2010.

Even if it didn’t hit the 2000 point mark, the S&P 500 index has recovered nicely, with 4.1 percent from a two-month law on August 7. Analysts believe that the easing war conditions in Ukraine, and low interest rates from central banks were the major drivers of recovery.

“Janet Yellen does not appear to have broken any new ground. The Fed is doing a remarkable job at preparing the market for the eventual hike in interest rates. The advance to the record has been supported by good US economic data of late. As long as the economy continues to perform well, the market is in good shape.” – Jim McDonald, chief investment strategist, Chicago-based Northern Trust Corp.

Banks like the Central Bank are committed to backing the recovery. Nevertheless, there are also some policy makers who expressed their desire to raise key rates faster than scheduled.