A 62-year-old woman, Marilyn Hartman, managed to slip past a document checker at the Mineta San Jose International Airport in California and climb aboard the Southwest Airlines Flight 3785 towards Los Angeles.

The woman wasn’t at her first try at doing this, it was her third attempt. The document checker was busy with screening a family and when Hartman saw this, she took advantage and went through. She was caught at the Los Angeles International Airport, after a crew member asked for her ticket and she couldn’t provide one.

The woman was arrested and charged with entering Los Angeles as a stowaway, which is considered a misdemeanor. She pleaded no contest on Wednesday and was sentenced to two-year probation. She was also ordered to stay away from the Los Angeles airport unless she actually purchases a ticket she intends to use. News accounts reveal that the woman smiled as she left the courtroom and she refused to reveal how she managed to get on board of the plane:

I don’t think it’s wise to say why I got through.  I don’t want to help the enemy. I’m first and foremost an American.

The woman apparently has tried getting on board of planes without a ticket at least three times before this one, as she was arrested three times for trying to board flights to Hawaii from San Francisco International Airport. She was also arrested for loitering the airport, three other times, it was reported by the San Francisco Chronicle. 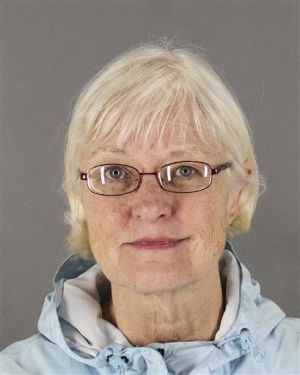 The first time she was caught by a fellow traveler; the second and third times, she was stopped by security. The airport staff was so accustomed to her that she was slapped with a restraining order.

The woman apparently bounces between women’s shelters and motel rooms. In April, Steve Wagstaffe, District Attorney, said that she does what she does just because she likes being around people. This District Attorney also tried to keep one of her attempts under wrap, to see if her actions were motivated by the attention she received from the media. Wagstaffe added:

We were trying to figure out if she enjoyed the publicity. But now we see that had nothing to do with it — she’s persistent, if not relentless.

Recently she was referred to a treatment facility for depression. She told reporters about her stunt:

It was stupid, and it is something that I don’t want to repeat.