You are here: Home / Technology / Tech Specialists Suggest that Siri Might be Coming to Macbook and Macs

Siri is Apple’s beloved digital voice assistant. Recent news, and Apple’s new patent suggests that it might be coming to MacBook this Fall. In other news, Microsoft also plans to introduce Cortana on Windows 9 in the future.

Apple continues to push the limits of modern technology, and it is looking for ways to push its digital voice assistant on its customer base. Siri was first introduced on Iphone 4S in 2011 (The “S” from the phone’s name comes from Siri). At first, Siri was a fun experiment for the company, but users played around with it and found that the program is unable to complete even the simplest tasks. A few months later, when Google Now arrived on Android, users decided that its abilities are greater than that of Siri. 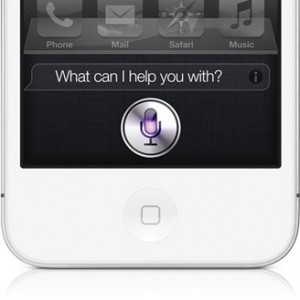 What many tech specialists didn’t tell users (and probably will never say) is that Google Now’s assistant is more like a ‘subordinate’. It does not have a personality of its own, and therefore, it cannot be viewed as an equal. On the other hand, Siri is fun to play with and has a strong personality. From this point of view, Google Now is underwhelming compared to Siri.

Apple did not want to give up on its voice command service, so it continued to expand and work on Siri. Its presence is now strong across the entire iOS experience. At present, Siri is available on iPhones and iPads. Apple is currently working on the US Patent titled Intelligent Digital Assistant in a Desktop environment. Rumors say that this will bring Siri to Macbooks and Macs to aid users with operations such as drag % drop, parallel processing, copy & paste operations and many more.

But bringing Siri to desktops is a challenge, mainly because computers have more capabilities than a smart-phone.

Siri is already such an important part of Apple, that it will most probably be used on hybrid devices or computers. Users are extremely excited about this news. For example, Siri’s capabilities on iO7 already include turning Bluetooth On and Off, playing musing, reading texts, setting alarms, showing missed calls, Tweets or updates. With Siri you can also play voicemail messages and activate games or provide Weather information and many more.

This year has been a big one for Apple, especially considering that the iPhone 6 will be unveiled on September 9, and the iWatch is also on the way. We are excited to see how Siri will work on computers.