You are here: Home / Health / Sierra Leone Lab Shut Down after Worker Was Infected with Ebola Virus

According to the World Health Organization, a laboratory in Sierra Leone was closed after a worker was infected with Ebola. This move may hamper the advances made until now to increase global response to the Ebola outbreak that has been wreaking havoc in African countries.

Since the disease began in the southeast of Guinea in March, 2,615 cases were diagnosed and 1,427 people died because of the illness. 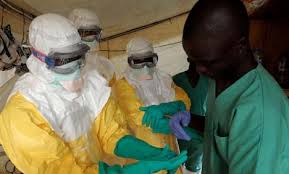 On Sunday, a separate outbreak was confirmed in the Democratic Republic of Congo, and as such, the country count has now reached 5: Guinea, Sierra Leone, Liberia, Nigeria and Congo. Four hundred World Health Organization staff members and partners were deployed to fight the deadly epidemic of this highly contagious disease.

According to the Nigerian health minister, the Ebola outbreak was currently contained.

In the laboratory at Kailahun, where testing for Ebola is conducted, a Senegalese epidemiologist was infected with the virus. The laboratory was only one of two in Sierra Leone’s territory.

Christy Feig, World Health Organization spokeswoman explained that the current measures were only temporary and meant to ensure the welfare of remaining workers in the laboratory. She didn’t disclose how long this measure would last.

Feig added that they would return after the situation was assessed. She couldn’t speak about the impact a potential withdrawal of World Health Organization staff from Kailahun could have on the fight against this deadly hemorrhagic fever. While the Kailahun laboratory is closed, testing will continue at the Kenema laboratory. WHO representatives will be returning, according to Feig, as soon as the investigation is complete.

The infected Senegalese medic is currently under treatment at a hospital in eastern Kenema and will be evacuated from Sierra Leone in the near future. He is the first worker that the World Health Organization deployed to be infected.

Unrelated to this event, the Public Health Agency of Canada also gave notice that it will be withdrawing its three-person mobile laboratory from Sierra Leone. According to spokesman Sean Upton, the withdrawal wasn’t connected to the fact that workers were being infected with the virus and the agency couldn’t confirm that their laboratory was different from the one closed by the WHO.