The Ebola death toll hits 729 in Sierra Leone and the country declares state of emergency. The troops have been called in to quarantine the Ebola victims and impose controls. Liberia was the first to take such measures, but now after 729 people have died in West Africa, Sierra Leone is forced to declare emergency.

The World Health Organization (WHO) had a meeting with the affected nations in Guinea and it said on Friday that it would launch a $100 million response plan. Medical staff and resources are needed in the region and it is in talks with donors and agencies that can provide such things. 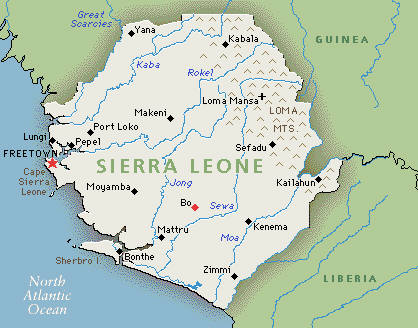 Margaret Chan, WHO Director General, had this to say about the crisis in West Africa:

The scale of the Ebola outbreak, and the persistent threat it poses, requires WHO and Guinea, Liberia and Sierra Leone to take the response to a new level, and this will require increased resources.

The organization reported yesterday 57 new death in just four days in Liberia, Guinea, Sierra Leone and Nigeria. The total number of Ebola cases is 1,300 and the death toll, a horrifying 729.

Ernest Bai Koroma, Sierra Leone’s president has announced that a series of emergency measures will be takes, to last for 90 days. On July 30 de said that Sierra Leone is in a great fight. Failure is not an option.

The quarantine will be enforced by security forces in every center where they are treating the infected patients. The forces are also going to help health officers and workers to work without any interruption that may otherwise occur. Apparently, some health workers have been attacked by local people.

Liberia has already closed all school and has quarantined affected communities. Ebola has no treatment,  no cure and there is no vaccine for it. This hemorrhagic fever has a death rate of around 60%; it is believed that the infection started in the forests of Eastern Guinea back in February, but right now Sierra Leona has the highest number of infected people.

President Koroma said that he would discuss on the subject on the Friday meeting with other leaders of the West African countries, especially Liberia and Guinea.

The rise in infections and deaths has raised international concern. Up until now, there are no cases in the U.S. and Europe.