A diverse ecosystem has been discovered by a team of scientists in an icy lake located underneath the Antarctic ice sheet. The single celled organisms that the researchers have discovered are apparently completely independent from sunlight.

Published in the journal “Nature”, the article showed a triumph of engineering and science after the team of scientists dedicated more than 10 years and $10 million to remove any shadow of a doubt that sub-glacial lakes near the South Pole did indeed have living organisms. 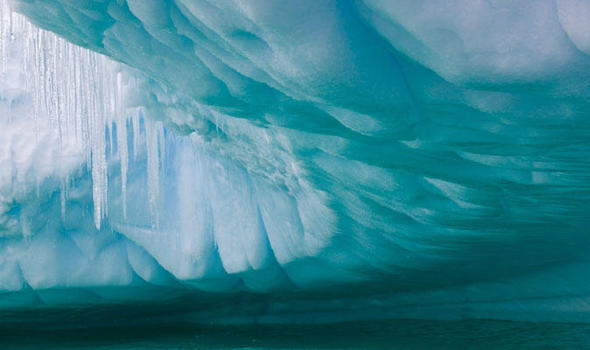 The Romanian-American scientist leading the project has been involved with the Antarctic for over 30 years and during his career, he already published works that suggested that life could exist even in such extreme environments. During the winter of 2013-2014, Priscu could finally prove his theories when he obtained a special drill that could bore deep through the ice sheet without contaminating the samples. He then could move the 1 million pounds over the Antarctic ice sheet and collect the water samples he and his team needed.

They did so in just four days.

Priscu insisted to see the cells from the underwater lake under a microscope after having collected three lines of evidence. After having identified them, Priscu also wanted to prove they were alive by feeding them organic matter and measuring their respiration rates.

According to Priscu’s discoveries, there is much more life there than he had initially expected. He and his collaborators were also surprised by how these cells made a living. According to the research team, these cells are actually feeding on the Earth.

The Subglacial Lake Whillans  is home to more than 4,000 species of microbes that are not only growing but also flourishing in the harsh environment of the lake. According to the research team, there were more than 130,000 cells in each quarter teaspoon of water they collected from the lake.

The microbes living in Lake Whillans aren’t dependent on sunlight. They rely on the minerals and sediments that are found in the lake. Because of the high pressure that the moving ice causes, the underlying rocks end up ground into powder. The minerals are therefore released from the rocks and end up in the water. Microorganisms can then act on the iron, sulfide compounds and ammonium and create the energy they require.

Such discoveries could lead scientists to believe that life could also be possible on moons such as Europa or Enceladus, where icy crusts cover the extremely large liquid ocean.