You are here: Home / National News / Putin Asks for the Release of Ukrainian Soldiers Surrounded by Pro-Russian Rebels

President Putin spoke to the pro-Russian separatists in eastern Ukraine who have surrounded Ukrainian soldiers and urged them to provide a safe humanitarian corridor so that the soldiers can safely return to their homes. 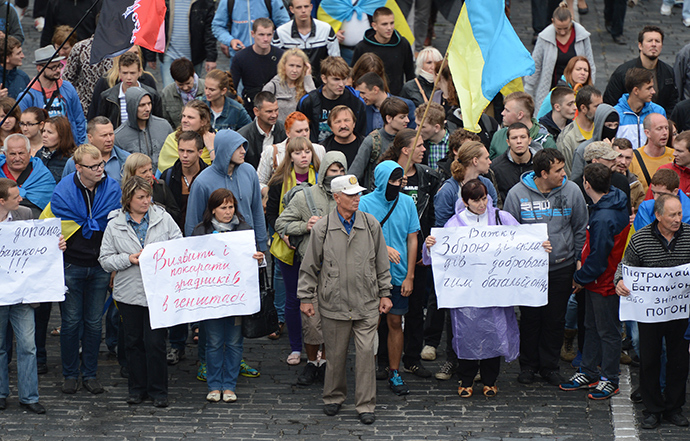 According to Russia’s president, the self-defense militia in Ukraine has proved its worth by intercepting the military operation that had been commanded by Kiev. Mr. Putin added that the population of Donbass would have been in grave danger had the operation not been intercepted. He added that the Ukrainian troops had claimed that they were taking part in Kiev’s anti-terrorist operation unwillingly and that they were just following orders. Consequently, president Putin called on the militia groups to grant the Ukrainian service members safe passage and avoid unnecessary blood spills.

Putin’s demand that a humanitarian corridor be created was supported by the central headquarter of the anti-Kiev forces. They agreed to the creation of the safe passageway granted that the troops disarm. The anti-Kiev army press service stated that they are prepared to ensure the safety of all Ukrainian troops out of their encirclement if and when they agree to go through the corridor weaponless.

The Prime Minister of the self-proclaimed Donetsk People’s Republic also intervened, adding to the explanation that the anti-Kiev press service offered. He insisted that the Ukrainian forces have to abandon their weapons and ammunition so that they cannot reuse these arms against the rebels in the future.

The soldiers who had crossed into Russia were granted medical assistance if required and were allowed to return to Ukraine. Not all of them desired to go back, fearing prosecution. In fact, the Ukrainian General Prosecution’s office launched more than 1,000 investigations related to military disobedience, desertion and evasion of military service.

President Putin also noted that Russia is prepared to provide humanitarian help to those regions suffering in the wake of the military conflict. He called on the Ukrainian authorities once more and demanded they accept to sit at the negotiating table with Donbass. According to Mr. Putin, all military actions should be ceased and replaced by diplomatic problem solving.

In the meantime in Kiev, thousands of Ukrainians protested in front of the Ukrainian Defense Ministry and demanded the resignation of both President Petro Poroshenko and the defense minister for the way they handled the military operations in southeastern Ukraine.