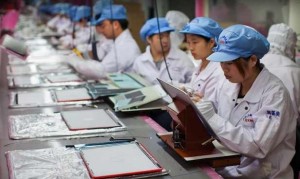 Protests from watchdog groups demanding the replacement of two substances with safer alternatives in the Apple’s product assembly have been successful and now Apple is banning the use of the two chemical in their assembly process of their devices.

China Labor Watch and Green America requested Apple to eliminate the use of n-hexane and benzene from its product assembly process. Both substances are very poisonous and they were used by China-based factories that build Apple products.

Today, Apple has revealed that after thorough investigation of the 22 assembly facilities (which employ around half a million employers) and it was found that there was:

[…] no widespread use of benzene or n-hexane, and no evidence of worker health and safety being put at risk.

However, the two dangerous chemicals were found at four facilities out of the 22, but in low concentrations that complied with safety regulations. Apple made the decision that, as safer alternatives to n-hexane and benzene exist, it would ban the use of the two chemicals as cleaning agents in the assembly process. This change will take effect starting with September 1.

At the same time Apple announced that it would no longer be using the two chemicals, it also released a list of substances it regulates at the suppliers it uses. This is quite a stepping stone for Apple and it is a decision that really needs to be applauded.

Green America, alongside other environmental groups, sent Apple a letter that demanded the company to be more transparent when it came to the chemicals its manufacturers use. They also asked the company to create a fund that would be used to treat factory workers who have been injured or have become ill while making Apple products.

Apple has been facing constant scrutiny ever since 2010, when it was revealed that its main manufacturer, Foxconn Technology Group, had a string of worker suicides. The company’s building even had suicide nets installed to prevent the workers from killing themselves.

The key is whether Apple can keep its promise. Currently, Apple’s auditing cannot fully uncover all the problems. Its effectiveness still has issues.

The two dangerous chemicals have not been banned completely, they have only been banned during the final assembly process, but they are still permitted for use by the suppliers of Apple. The two chemicals can be found as ingredients in glue, paint strippers and even household cleaners.