The new European Randomized study of Screening for Prostate Cancer has published its results and they suggest that the PSA antigen (prostate specific antigen) screening might not be ideal for population-wide screening programs.

The study has been published in the Lancet after results had been previously presented during the Annual Congress of the European Association of Urology.

According to the findings based on data collected over a period of 13 years from the randomized study of 162,000 European men, PSA screening tests do indeed lower the risk of a man dying from prostate cancer by 21 percent, but that this benefit isn’t significant for the average middle-aged men (who have a risk of dying from the illness without screening of 3 percent). 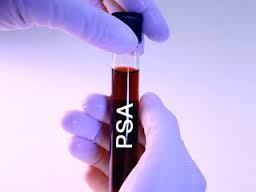 Additionally, the study suggested that a man’s lifetime risk of dying from prostate cancer would only be lowered to 2.4 percent with routine PSA testing.

Consequently, the authors of this study do not recommend the use of population-wide screening since it could not only lead to overdiagnosis but also unnecessary treatments. The study showed that for every 27 prostate cancers that the PSA screening detects, one man’s life would be saved.

Urologist Dr. Fritz H. Schröder, from the Erasmus University Medical center in Holland, leading researcher of the team that conducted the study, explained that the substantial number of prostate cancers that are being diagnosed with the help of PSA screening (30-50 percent) would neither harm the patients nor lead to death.

Dr. Ian Thompson, director of the cancer therapy and research center at the Texas Health Science Center at San Antonio explained that the story has always been complicated. There are several other diagnostic techniques that surpass the PSA screening. They include MRI guided biopsies, personalized risk assessments and informed decision making by doctors and their patients. He added that the majority of men being tested for the PSA antigen will not benefit from it because the mortality reduction and the morbidity reduction resulting solely from getting the test aren’t significant.

Although the study has not definitively proven that the PSA screening test isn’t efficient, Dr. Thompson explains that this complex information should be provided to men and have them decide whether the test is necessary or not. Men who are fully informed will understand and decide for themselves.