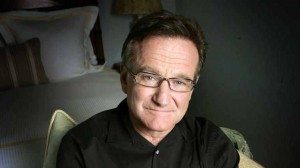 The world was in shock yesterday, after it was revealed that actor Robin Williams killed himself in his home in California. Today, police say that Tobin Williams hanged himself with a belt.

People, friends, family and fans, still have a hard time understanding how a man like Robin, who spread joy everywhere he went, would decide that it was time he stopped living. Although the actor never hid the fact that he had struggled with substance abuse and depression, it is still hard to believe that he would kill himself. The police revealed that he fashioned a noose out of a belt and used it to hang himself.

The Academy Award winner, announced in July of this year that he would enter a 12-step program to help him get his life back of track working for three months straight on a new sitcom, The Crazy Ones, that was canceled after just one season.

The actor’s publicist revealed to the media that Williams had been suffering from a serious case of depression the past few weeks. Even so, his family was shocked that he would make such a decision. Daughter, Zelda Williams, said in a statement yesterday:

I’ll never, ever understand how he could be loved so deeply and not find it in his heart to stay. He was always warm, even in his darkest moments.

She added that the last time she saw her father was when he celebrated his 63rd birthday, on July 21. She and her two brothers spend the day laughing with their father.

Robin Williams was last seen by his wife the night before the actor’s body was discovered, at around 10 p.m. on Saturday. Susan Schneider, said that she went to bed and when she woke up the next morning he wasn’t in bed. She thought he was asleep somewhere in the house and left.

Williams’ body was discovered in a bedroom in the couple’s home in Tiburon, California. A pocketknife was present next to the body which had superficial cuts on the wrists. The police said that all the evidence indicates that the actor committed suicide, but an official ruling will be given once the toxicology reports are complete. There is still no official word on whether a suicide note was present.

The actor’s son, Zak Williams, said in a statement:

Yesterday, I lost my father and a best friend and the world got a little grayer. I will carry his heart with me every day. I would ask those that loved him to remember him by being as gentle, kind, and generous as he would be. Seek to bring joy to the world as he sought.