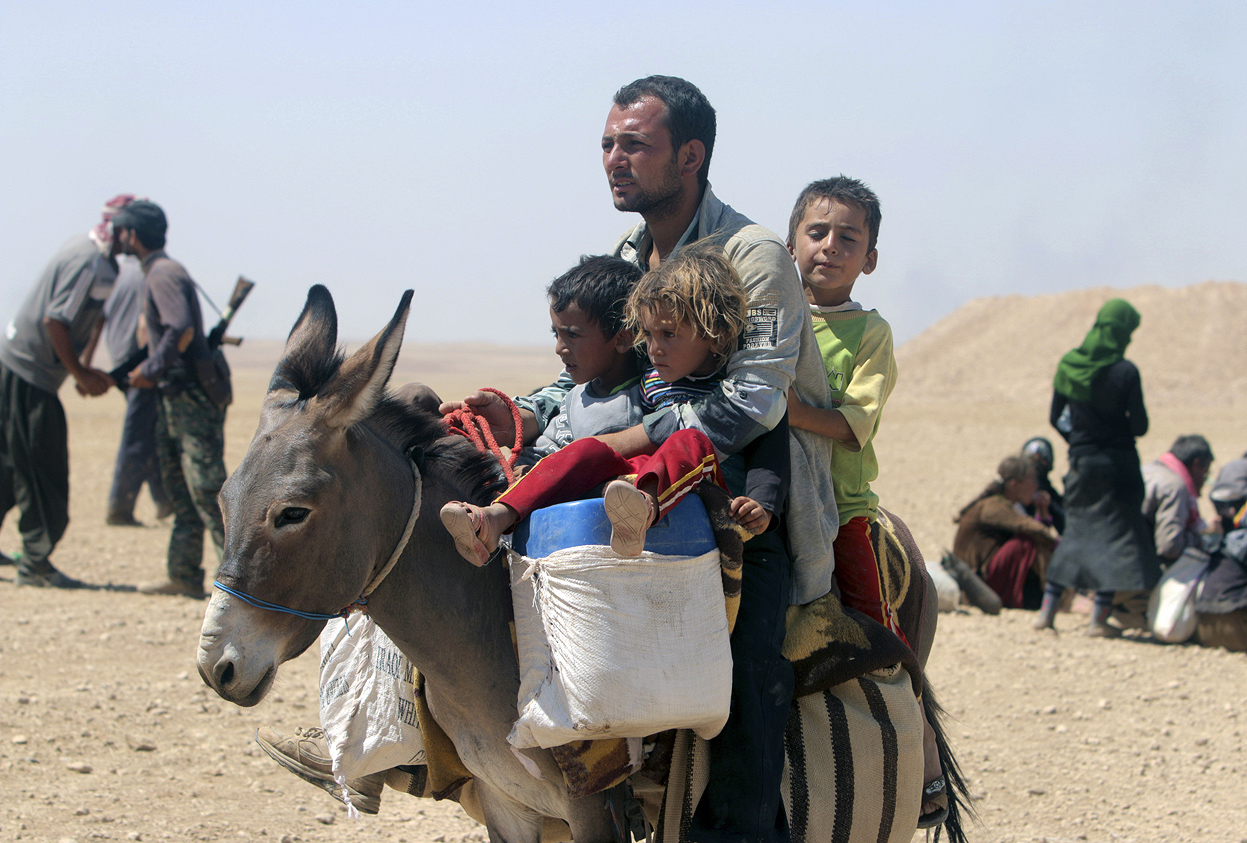 According to U.S. officials, President Barack Obama approved surveillance flights over Syria in order to gain intelligence on the activities of ISIS. However Syria’s foreign minister, Walid al-Moallem, has warned the U.S. not to conduct airstrikes inside Syria against the Islamic State group, without Damascus’ consent.

Al-Moallem’s remarks at a press conference in Damascus marked the first public comments by a senior Assad official on the threat posed by the Islamic State, which has captured large swaths of Iraqi and Syrian territory.

However the top Syrian diplomat also said on Monday that his country is ready to work with regional states and the international community in the war on terror amid the onslaught of Islamic militants. Syria is ready to cooperate and coordinate on the regional and international level in the war on terror,” minister Walid al-Moallem said. “But any effort to combat terrorism should be coordinated with the Syrian government.”

There is not much Syria can do, however, if the U.S. does decide to strike. U.S. officials revealed last week that U.S. forces had tried to rescue U.S. journalist James Foley in a failed operation in Raqqa in July.

“The Pentagon is preparing to conduct reconnaissance flights over Syria,” a senior US official told The Wall Street Journal. “There is no decision yet to do strikes, but in order to help make that decision, you want to get as much situational awareness as possible.”

Concerns have increased over the threat posed by ISIS after the extremist group posted a video last week showing the beheading of captive American journalist James Foley. Last week, Defense Secretary Chuck Hagel and Joint Chiefs Chairman Gen. Martin Dempsey said that taking on ISIS in Syria was the only way to defeat the Sunni jihadists.

After Foley’s brutal murder, President Obama on Wednesday expressed outrage. He pledged to continue strikes against the “cancer” of ISIS, saying, “We will be vigilant and we will be relentless.”

Officially Obama “has not made any decision to order military action in Syria,” White House spokesman Josh Earnest said Monday, but the speculation and insistence continued. “The White House is trying to minimize the threat we face in order to justify not changing a failed strategy,” conservative GOP Sen. Lindsey Graham of South Carolina said Monday.

The IS fighters are known for torture, public punishments and executions of those opposing them and have grown significantly in both Syria and Iraq after its initial blitz assault on the Iraqi city of Mosul in mid-June. The group has since declared the creation of an Islamic State, or caliphate, straddling the Iraq-Syria border.