Lawmakers from North Carolina said yesterday that they still haven’t come to an agreement on legislation that requires Duke Energy to limit their pollution that leaks from its coal ash dumps that are located all over the state of North Carolina. The bill comes as a reaction to the spill that ruined the waters of the Dan River (around 70 miles) six months ago.

The Republicans in both the House and the Senate had declared that the bull would be ready for a vote on the last day of July, but later confirmed that negotiations weren’t going very well. 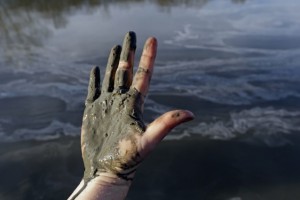 The version of the Senate includes deadlines for the Duke Energy company to clean up or close their 33 ash dumps. Another requirement of the company is to have a commission to oversee the entire process. The House is trying to give more oversight authority to Gov. Pat McCrony and his administration.

Rep. Chuck McGrady,, a House negotiation, took to Twitter to voice his frustrations:

Believe we are at an impasse on the coal ash bill. We’ll continue to work on coal ash, but I don’t see an obvious way to resolve differences as between House and Senate.

Senator Tom Apodaca refused to say what the exact issue was, but he did hint at the House as the main cause for the hold-up:

The biggest impasse we’re having is that the House brought language that wasn’t in either bill and it would substantially change this bill. And we’re saying that’s not eligible and we’re going to stick to it.

Samuelson did reveal that the impasse has to do with a single provision that defines which low risk ash dumps, the company would be allowed to cap with dirt and plastic sheeting. The ash from coals contains extremely toxic chemicals, such as mercury, lead and arsenic.

What are your thoughts on this situation? What would you like the outcome to be? Do you think there’s more than meets the eye with the delay in signing the bill? Share your thoughts with is in the comment section below.