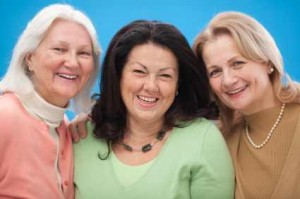 A new study revealed that postmenopausal women who engage in a regular exercise regimen are less likely to develop breast cancer.

The study was performed by Agnes Fournier, from the Insitut Gustave Roussy in France, and her team of scientists. It was published on August 11, in the journal Cancer Epidemiology, Biomarkers & Prevention.

They found that regular physical activity will cut the odds of breast cancer in women who have reached menopause; they’ve also found that the protection disappears as soon as the women stop exercising.

The women who in the previous years had done regular exercise (at least four hours of cycling or walking per week), were 10% less likely to be diagnosed with breast cancer than those who did less exercise than that.

Chief of the division of breast surgery at Mount Sinai Roosevelt and Mount Sinai St. Luke’s hospitals in New York City, Dr. Alison Estabrook, wasn’t very surprised by the results of the study:

As a breast surgeon, one of my roles is to discuss prevention strategies for women. Exercise is certainly one prevention strategy I discuss for many reasons, and this study emphasizes the importance of physical activity and of its continuation in the postmenopausal years.

The impact of exercise on the health of the women was independent of body fat, weight, waist circumference and even exercise levels from five to nine years earlier.

She added that because the effect is greatly diminished after the exercising stops, women should be encouraged to continue. Exercising has plenty of other health benefits, such as lowering of blood pressure and regulating blood sugar.

What are your thoughts on this news? Does it worry you enough to start an exercise routine? Share your comments with us and our readers in the section below, we love hearing from our readers!