Tommy Rodella, Rio Arriba County Sheriff, and his son pleaded not guilty for all charges this week. The charges included conspiracy to violate civil rights, brandishing a firearm, deprivation of rights and falsifying police documents, says the CBS affiliate, KQRE. 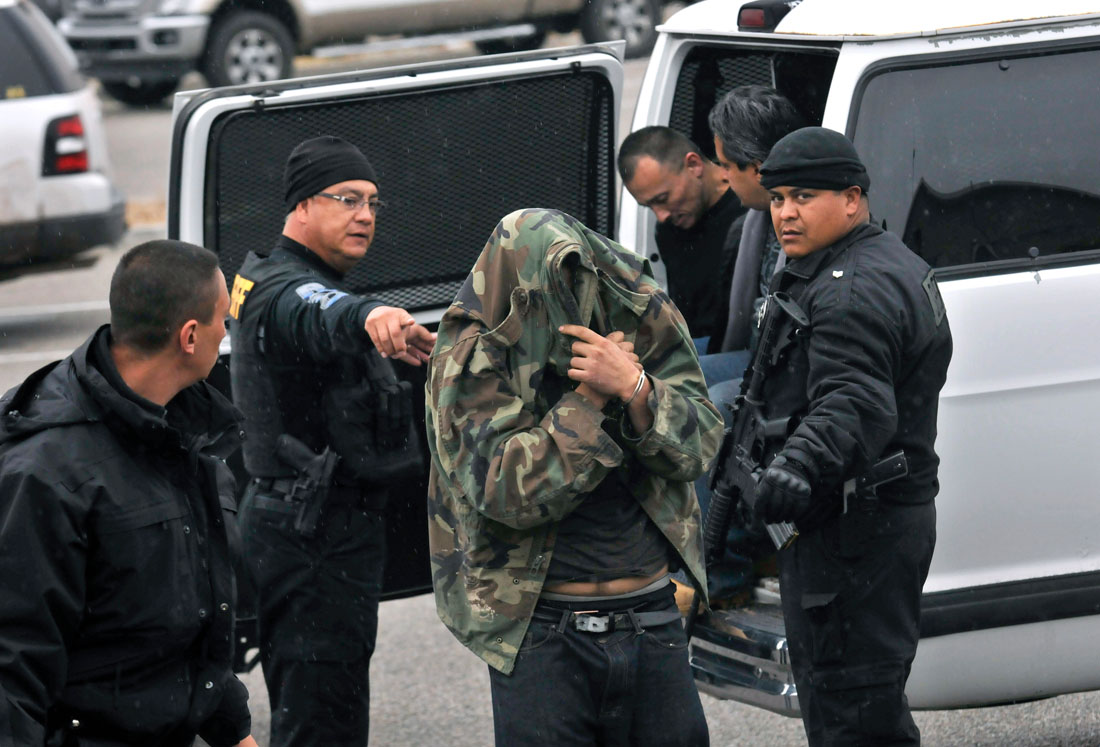 Later this day, U.S. Attorney Damon Martinez announced that Tommy Rodella and Tommy Rodella Jr. were arrested by FBI agents in their homes due to their role in the March 11 confrontation which resulted in the injury of a driver (authorities would not comment about the injuries).

According to the indictment, the two accused were engaged “in a high-speed pursuit and unreasonable seizure” of a driver identified only as M.T. Reports say that the sheriff was not in uniform when he jumped out of his Jeep SUV. He was also armed with a silver revolver when he dragged the driver out of his car.

The motorist asked for the sheriff’s badge. As a result, Tommy Rodella pulled him out of the dirt by the hair and slammed his badge into his eye and right cheek. Although it is not clear whether or not Rodella’s son was an off-duty deputy at that time, U.S. Attorney Martinez claims that both men “acted under the color of law” when they cornered the motorist.

However, reports show that both Rodellas lied about what happened after the accident when deputies arrived to the scene.

“We take little pleasure in charges against any law enforcement official. But it is vitally important that we pursue these cases… where they vioalte their sworn duty to uphold the Constitution.” he added during a news conference

Both Rodella’s were released on their own recognizance on Friday afternoon, but the sheriff was not allowed to carry his gun. As far as the younger Rodella is concerned, he will not be allowed contact to law enforcement officials other than his father. Both of them are prohibited from leaving Rio Arriba County, unless required by attorney meetings. The U.S. Attorney office objected to these terms.

In the meanwhile, Bob Gorence told KRQE-TV he was happy that a federal judge decided to arraign both men because they desired a quick trial.

“We can’t wait to try this, and I expect an inevitable acquittal and vindication.” – Gorence added

According to Martinez, the first two charges allege Rodella’s standing as sheriff. First of all, he flashed his badge at Tafoya during the accident. Secondly, he said that he was acting under the color of law but there was no motivation behind his action.

On Friday morning, both Rodella’s appeared in shackles before the U.S. Magistrate Judge, Lorenzo Garcia.

Last year, the FBI also searched Rodella’s office in Espanola after media reports pointed to donations accepted by the sheriff for scolarsip funds. In addition to this, in June, the FBI his home, once again, after he lost the Democratic nomination for the county sheriff position. James Lujan won by 200 votes. It was in 2010 that Rodella got ellected, in spite of the fact that a magistrate judge ousted him for misconduct.

In the past, Rodella was disciplined for improper use of a weapon, marijuana use & posession, abusing sick leave and making use of his social status for personal gain.