You are here: Home / National News / Kurdish Forces Ask for International Help in Fighting off IS Militants

The situation in Iraq is constantly escalating and Kurdish forces have urged allies to help in their battle of defending their country from the advances of Islamic State militants. The Kurds have explained that they are outgunned and that it’s precisely because of their lack of weapons that IS militants are taking control of large areas of Iraq. 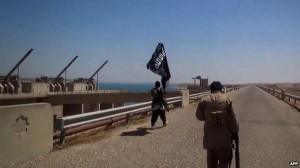 After having defeated Iraqi troops that abandoned their positions in the face of the advances that IS had been making, former ISIS militants have considerably increased their weaponry. They acquired US-made arms as well as powerful military vehicles (including tanks).

According to Helgurd Hikmet Mela Ali, the spokesman for Kurdish forces, IS militants stumbled across weaponry that could completely arm 70,000 soldiers when they captured Mosul. The Iraq army had abandoned their positions and left all military equipment behind.

Now, the Kurds have been left with mostly old Russian-made arms such as Kalashnikov rifles and are now calling on their Western partners to aid them with modern weapons that could aid them in their efforts of defending themselves.

A wish-list has already been sent to the Pentagon, and among the desired weapons there are also Javelin anti-tank missiles, armored personnel carriers, air defense systems, drones and night vision equipment.

The United States have already started sending weapons to the Kurds, although Kurdistan’s Security Chief, Masrour Barzani stated that so far, they had only received light machine guns and small amounts of ammunition. He added that until Friday, they hadn’t received anything that corresponded to the effective weapons they had been hoping for.

At the same time, US officials have also asked their European allies to become involved in the situation. France has already declared its support of Kurdish forces and will begin sending weapons to Iraq in the following days. They have not yet said what types of weapons they will be shipping.

The UK has also addressed the situation and stated that it will support Kurdish forces by sending Soviet-era ammunition from countries located in Eastern Europe to Iraq.

Other countries have been less forthcoming as to how they will be supporting Kurdish militants. Germany, for instance, declared that it will be aiding the Kurds within the limits of what is possible in legal and political terms. What that support is remains unclear.

Barzani ensured the public that his forces will prevail against IS fighters but said that this will be possible if Iraq’s friends will provide the support that would enable the Peshmerga to defeat the terrorist groups.