Doctor Kent Brantly, the American doctor who was infected with the Ebola virus, was taken to the Emory hospital earlier last week. He has released his first official statement on Friday afternoon. The doctor was treating Ebola patients, as part of the Samaritan’s Purse humanitarian project, at a Liberia hospital when he caught the deadly virus. He was transported to the United States on August 2, with the help of an isolated unit within the plane. At the moment he is being treated at the Emory University Hospital. He released a statement a few days ago with the help of the Samaritan’s Purse: 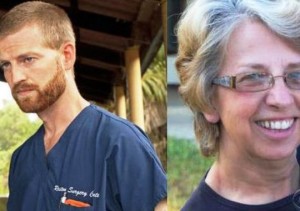 “I am writing this update from my isolation room at Emory University hospital, where the doctors and nurses are providing the very best care possible. I am growing stronger every day, and I thank God for His mercy as I have wrestled with this terrible disease (…) My wife Amber and I, along with our two children, did not move to Liberia for the specific purpose of fighting Ebola. We went to Liberia because we believe God called us to serve him at ELWA hospital.”

Brantly’s recovery is evident in his optimistic statement. His fellow American, Nancy Writebol, was also taken to the Emory Hospital on Tuesday to receive treatment. Nancy was working with a U.S. mission group. Brantly and her are the first American patients to be treated in an U.S. facility.

“When I started feeling ill on that Wednsday morning, I immediately isolated myself until the test confirmed my diagnosis three days later. When the result was positive, I remember a deep sense of peace that was beyond all understanding (…) Now it is two weeks later and I am in a totally different setting. As you continue to pray for Nancy and me, yes, please pray for our recovery.”

Doctors from Emory Hospital are optimistic. Dr. Bruce Ribner said that this would be the first time that an Ebola patient would be treated on United States soil. Of course, medical specialists are taking great precautions (they are also aware that the Virus cannot spread with proper hygienic and isolation methods). At the moment, the patients are being held in a containment unit, which is separated from the rest of the hospital. Ribner also adds that every precaution was taken from the moment that the patients touched American soil, to ensure that the pathogen does not spread.

They are currently being treated by 4 disease physicians (including Ribner). There are also two nurses available at any moment, to help the patients. They still do not know how much longer Brantly and Writebol will be under their care, because illness complications might affect their recovery.

“Based on our experience, policies, procedures, I have no concern about either my personal health or the health of the other health care workers (…) We are talking about a viral pathogen that does not have some exotic mode of transmission.”

Ebola patients are able to recover if their blood tests normalize and after all symptoms are gone. That’s when they no longer have to be kept in isolation. Dr. Joseph Rahimian, infectious disease specialists and assistant professor at New York University Langone Medical Center also notes that once the patients make it through their symptoms, they will not risk infecting other people.