You are here: Home / National News / Israel Shutting Down Tunnels in Gaza 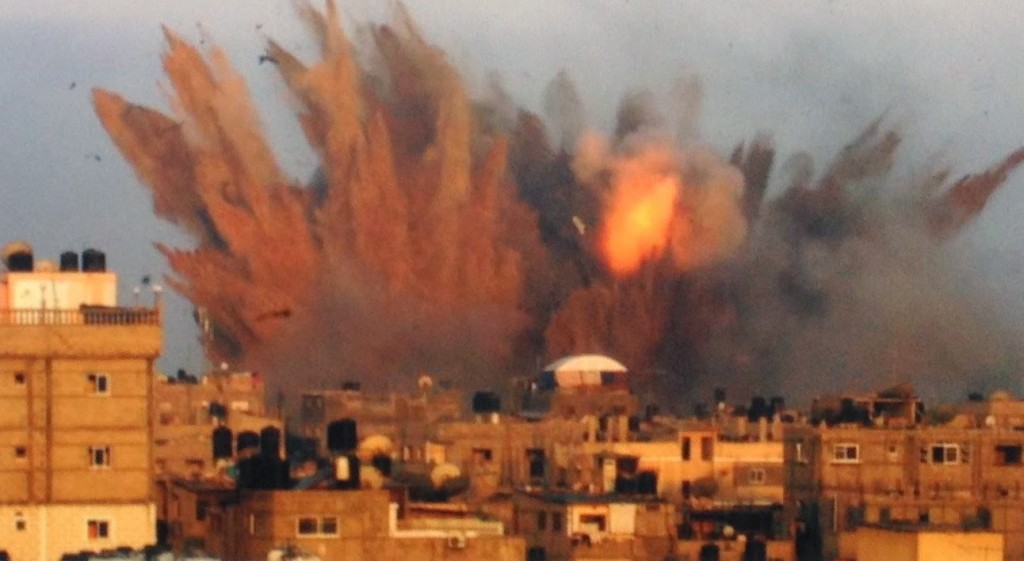 In spite of the ceasefire that had been declared, Israel forces have restarted raking southern Gaza with shelling and airstrikes on Saturday. They are searching for the soldier who was allegedly abducted by Palestinian militants the day before, in spite of Hamas suggestions that the lieutenant was already dead.

After the collapse of the ceasefire that had been so difficultly crafted by international diplomats (led by U.S. Secretary of State, John F. Kerry), Saturday did not bring any hope that key players would try to revive the truce that had been agreed upon. The 26 days of conflict have left Gazan civilians searching in the ruins, while Israel is still focused on its mission of destroying the tunnels in Gaza through which Hamas militants have been terrorizing the Israeli population.

Prime Minister Benjamin Netanyahu declared at a press conference on Saturday that Israeli military has been closing in on their goal and that they are completing the mission they have been assigned. According to him, the terror tunnels in Gaza were being neutralized. He added that the IDF would now be deployed along areas that would offer conditions of “reduced friction” while continuing operations. Israel has been criticized of inflicting great numbers of civilian casualties and as a result, Netanyahu is perhaps suggesting the pullback from these populated areas.

During the 26 days of conflict, 1,700 Palestinian lives were lost (mostly civilians) while only 61 Israeli troops were mortally injured.

Lt. Hadar Goldin was allegedly captured by Hamas Forces and his unconditioned release has been demanded by both U.S. President Obama and U.N. The Hamas has remained quiet, distancing itself from the incident, which could suggest that the capture was the work of militant squadrons that weren’t answering to central Hamas command.

In a statement, the Izzadine al-Quassam Brigade stated that if the lieutenant had been captured, he would most certainly be already dead. Goldin’s family has urged Israel to not leave him behind in Gaza and demanded that he be brought back home.

Saturday’s attacks were concentrated on Rafah, where the IDF tried to isolate Palestinian militants. During the bombardments, scores of Palestinians were killed and many others fled, adding to the quarter million displaced Palestinians.

Correspondingly, Israeli towns were also under rocket fire from Gaza, although most projectiles were intercepted by Israel’s antimissile defense system.

Israeli military announced that Palestinians could return to some of the areas that have been devastated in northern Gaza, including Beit Lahiya.