You are here: Home / National News / Iraq Bombings in Baghdad and Kirkuk End with 30 Casualties

As the Iraqi government was investigating the deadly attacks that took place on Friday at the Sunni mosque, new bombings in Baghdad and Kirkuk ended with the deaths of 30 people on Saturday.

Three bombs went off in the oil-rich city of Kirkuk (which has been a reason of dispute between Baghdad and the Kurdish regional government). They were set in a crowded commercial district and apart from killing 19 innocent bystanders, they also wounded 112 additional people. 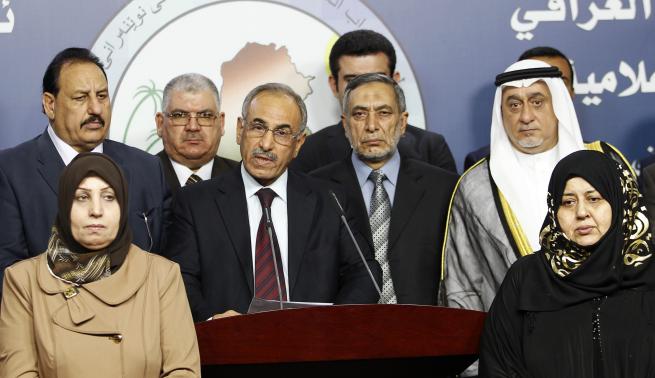 According to the Kirkuk deputy police chief, Tarhan Abdel-Rahman, witnesses soon began carrying out the bodies of those who had been hurt or were burning inside their cars or shops.

In the meantime, in Baghdad, another attack took the lives of six more civilians and five security officers. A suicide bomber drove a car laden with explosives into the intelligence headquarters of the Karrada district. Another 24 people were wounded in the bombing.

The Saturday attacks followed the statement of parliament speaker Salim al-Jabouri, who had informed the public about an investigation that the committee of security was going to begin regarding the attacks on Friday at the Diyala province mosque. The attacks on Friday resulted in the death of more than 60 people and al-Jabouri was expecting the results of the investigation within two days.

The attacks in the village haven’t been claimed so authorities can’t they were carried out by Shiite militiamen or the Islamic State (who seem to have been advancing into Shiite-Sunni areas in Diyala).

Iraq has been facing an onslaught for the past year, as both the Islamic State extremist group and the Sunni militants have seized areas in the north and west of the country. In June, the Islamic State took over the dam at Mosul (the largest dam in Iraq) and declared an Islamic state (or as they call it, a caliphate) in the area under its control (an area that spreads over Iraq and Syria).

On Friday, the attack began with a suicide bomber that was followed by countless gunmen who took the building by storm and began shooting at worshippers. More than 60 lives were lost during the attack, including four Shiite militiamen who stepped on bombs that had been planted there.

After Friday’s events, two major Sunni parliamentary blocks declined to take part in the discussions that should have led to the formation of a new government.

Now, the Shiite prime-minister designate Haider al-Abadi faces great difficulty in his task of reaching out to Sunnis and forming a solid government by the 10th of September, so that he can finally confront the IS extremists.