You are here: Home / National News / Humanitarian Aid for Iraqi Town under Siege 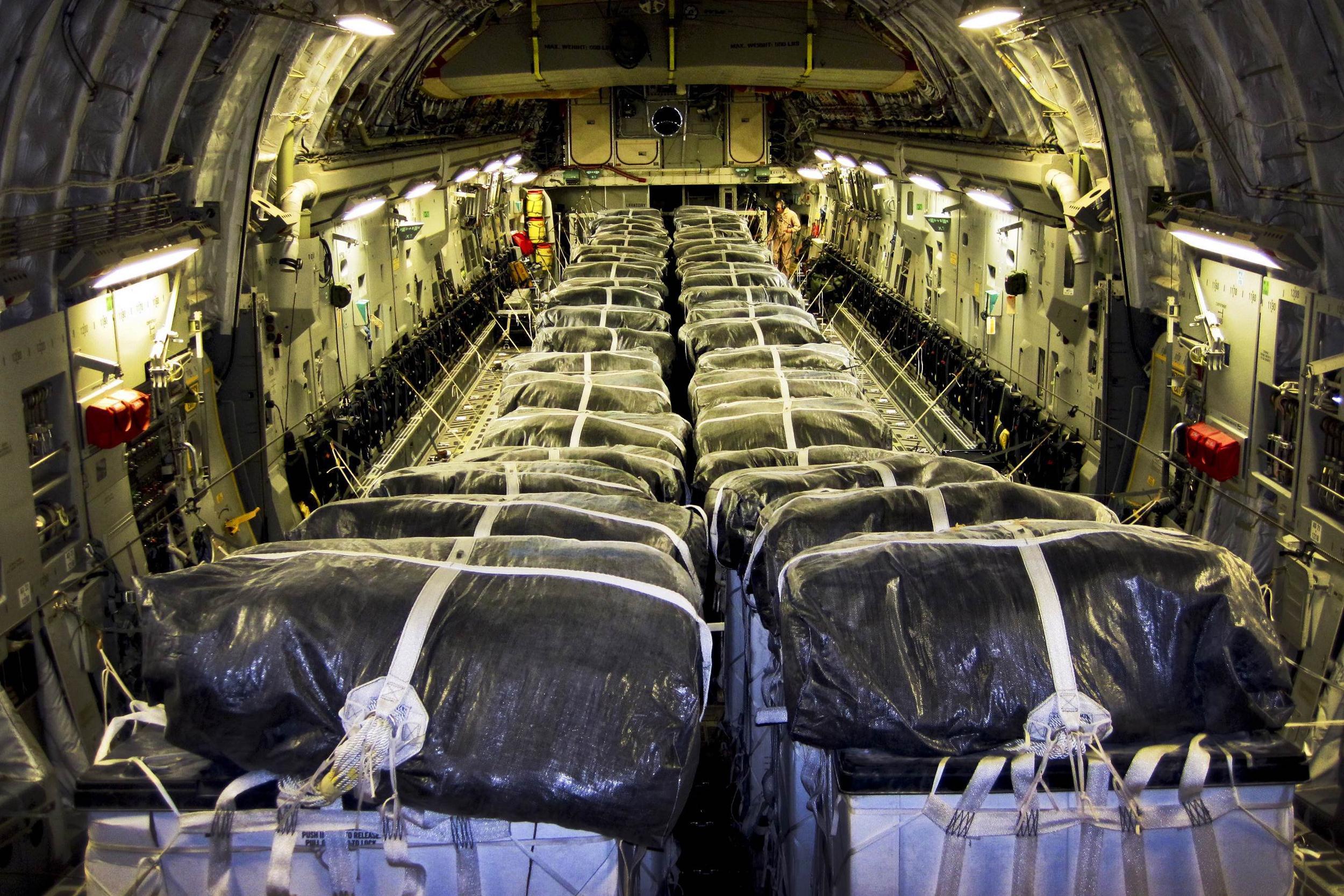 American, Australian, French and British Aircrafts worked together in a joined mission to bring food and water to the residents of the Iraqi town of Amirli, which has been under attack by the Islamic State militants for over two months. The Pentagon made the humanitarian aid drops public on Saturday, adding that United States airstrikes also supported the mission.

The Shiite Turkmen living in the town of Amirli had been stranded in the community located 105 miles north of Baghdad since the attacks began. Help for the thousands of stranded Iraqi came at the request of the Iraqi government, according to statements made by the Pentagon press secretary John Kirby.

Kirby added that all military operations would be limited in both duration and scope and will only be addressing the humanitarian crisis in Amirli. He added that the United States would protect the civilians stranded in the city.
When the Islamic State began its attacks on Amirli, the Shiite Turkmen did not flee in the face of danger but fortified the town of 15,000 by building trenches and armed positions.

The initial attacks in June had been resisted, but the town of Amirli has been surrounded since mid-July and the Iraqi military hasn’t been successful in flying in food, water and other necessary items.  The Iraqi military has also had difficulties in bringing the much needed aid to the Shiite Turkmen because of the oppressive heat, the continuous shelling from Islamic State militants and the lack of electrical power after the main power station was destroyed just a few weeks ago.

The U.S. has aided Iraqi population by carrying out airstrikes against the Islamic State militants who were attacking the Yazidis stuck on Mount Sinjar. U.S. airstrikes began earlier this month and also targeted IS militants operating near Irbil and the Dam at Mosul. During that crisis, the Yazidis who were still stuck on Sinjar Mountain received tons of food, water and other items as humanitarian drops. Military support was also aimed at protecting them.

On Saturday, U.S. Central Command confirmed that five additional airstrikes had been ordered against the Islamic State militants operating near the Mosul Dam. According to U.S. Central Command information, those attacks were carried out by fighter aircrafts and unmanned drones.

Including the latest airstrikes carried out by the United States, the total number of such attacks has now reached 115 since the 8th of August.