The health officials in California have revealed on Wednesday that the West Nile virus had caused its first two deaths in the state. This information came from the California Department of Public Health.

The two persons who have succumbed to the mosquito-borne disease are a senior citizen from Sacramento County and an adult from Shasta County. They both died after being infected with the West Nile virus.

It was revealed that it was found that the senior citizen, who was a woman, also had an underlying chronic disease and needed to be hospitalized.

This is a very sad outcome, one we had hoped to prevent. We are working to educate people about steps that can be taken to prevent contracting West Nile Virus.

Other seven cases of the West Nile virus are being investigated as of Wednesday, August 6. Information is still being gathered by the public health officials about the infected individuals.

The West Nile virus is a mosquito-borne disease, which means that it is transmitted from mosquitos to people through a mosquito bite. The mosquitos become infected after feeding on infected birds.

The disease itself is not too serious, as less than one percent of the people who contract the disease will develop serious neurological illnesses, such as meningitis or encephalitis.

As is with a plethora of other diseases, the elderly are much more affected by the West Nile Virus. They have a higher chance of getting sick and are much more likely to develop complications than adults have. Another group of people who are at risk for serious illness are those who have diabetes or hypertension.

What Can You do to Prevent Contracting the West Nile Virus? 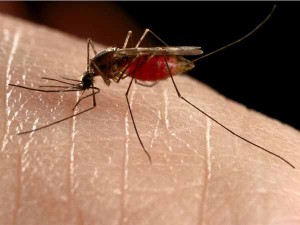 The best way you can avoid getting sick is to avoid getting bitten by mosquitos! The most effective mosquito repellents are the ones containing DEET. Natural ways of repelling mosquitos also exists: neem oil is extremely efficient, as is citronella and oil of lemon eucalyptus. Do not use essential oil directly on your skin; only use cold-pressed oils.

Another way to make sure you don’t get bitten is to add screens to all your windows and doors. Make sure to check from tears and holes regularly and fix them as soon as you notice them. Spray mosquito repellents on the screens every night, to make sure they don’t buzz around your windows.

Also, try to eliminate all sources of still water around your house. Female mosquitos use them to lay their eggs, and as you probably know, female mosquitos are the ones that bite us, male mosquitos feed on pollen.

Avoid going outdoors when the mosquitos are active, and if you do, wear long sleeves and mosquito repellents.