You are here: Home / National News / Eye Donation Rejected Due to Sexual Orientation 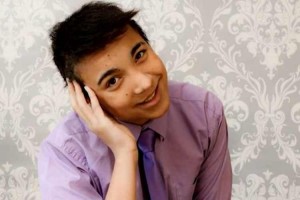 A mother received the devastating news that her deceased son’s eye tissue was rejected because he was a gay. It was not a decision taken out of hate, but a decision based on legislation. How can such laws still exist in 2014? Read on to find out more about this case.

A.J. Betts was a 16-year-old boy who committed suicide a couple of days ago after being a victim of bullying for almost all his life. In the past five years, four more students from Southeast Polk High School have committed suicide.

We had no indication that anything was wrong. He is the happiest kid I’ve ever met. Everybody who meets him says that. […] It must have been really horrible, if my son got to the point where he would hurt my husband, my daughters and I to take his own life.

Moore continued to say that everyone liked her son until they found out he was gay, after the outing of the boy at his high school. The boy wasn’t bullied because of his sexual orientation alone, he was also half African-American and had was born with a cleft lip.

Sheryl Moore, the young man’s mother, said she was happy to hear that her son’s kidneys, liver, lungs and heart went to people who needed them. The boy’s heart went to a 14-year-old boy and the woman revealed that her son would have really liked that. But it all changed when she read the letter that told her that her son’s eyes could not be used because he was gay.

My initial feeling was just very angry because I couldn’t understand why my 16-year-old son’s eyes couldn’t be donated just because he was gay.

The boy’s eyes were rejected because of the U.S. Food and Drug Administration (FDA) regulation that was written over thirty years ago, when the AIDS epidemic was at its height. The regulation makes anyone who is believed to have a high-risk factor for communicable diseases ineligible.

Gay men are included on the list of people who represent a high-risk factor for communicable diseases.

They asked me if my son was sexually active, and my response was something to the effect of ‘No.’ He’d never had a boyfriend. I’d never known of him going out on a date, but then I was like, ‘I don’t know. He’s 16 years old.

This response was everything the donor network needed to assume that the young boy had been sexually active in the past 5 years, which made him ineligible to donate tissue or eyes. The boy’s mother said these kinds of rules are archaic:

This is archaic, and it is just silly that people wouldn’t get the life-saving assistance they need because of regulations that are 30 years old.

She hopes to change the regulations, as already national medical organizations have stated their opposition to the current FDA lay publicly.

What are your thoughts on this? Share your comments with us in the section below.